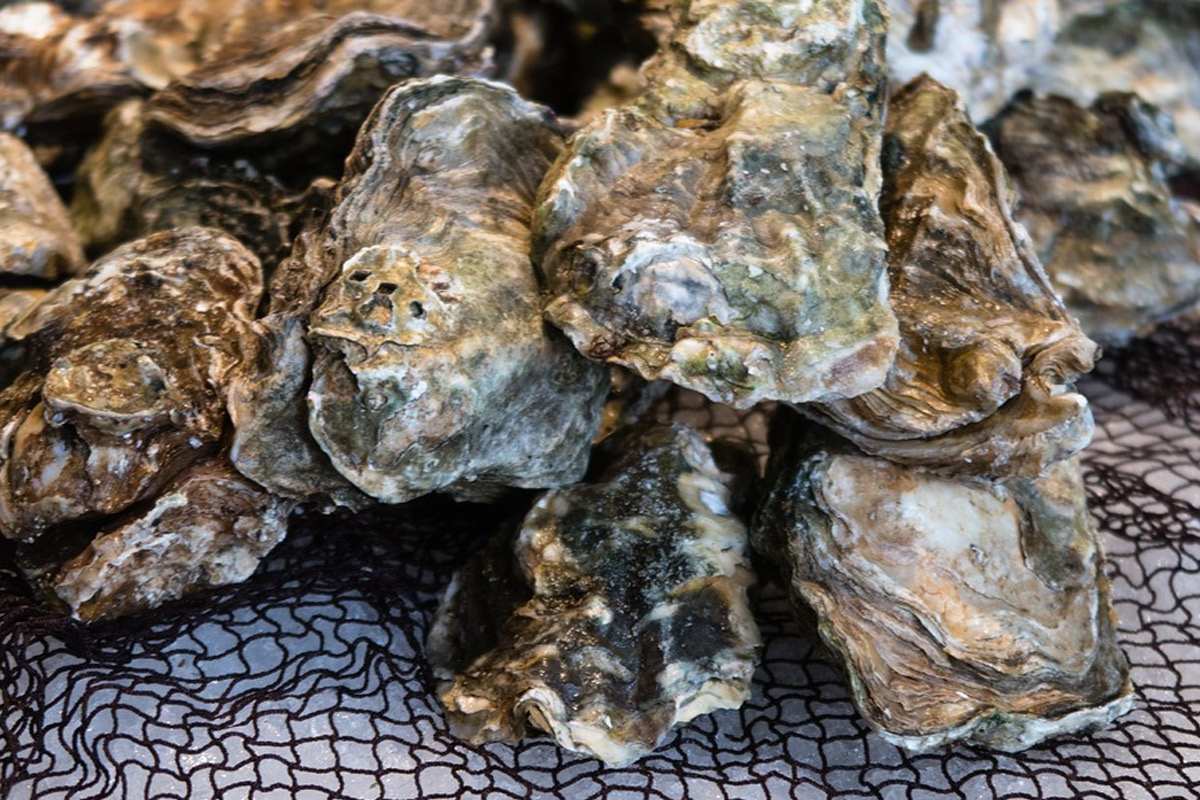 Why Oyster Shell Recycling is So Important

You may have never even heard of oyster shell recycling. But here in South Carolina it’s a thing. A big thing. In fact, South Carolina’s DNR – Department of Natural Resources – is counting on you to do so.

But more about that in a minute.

If you’ve spent much time here, you probably know how much the Lowcountry loves its oysters. They are a huge part of our local culture and a centerpiece of the classic South Carolina coastal party, the oyster roast. In fact, the world’s largest oyster roast (the Lowcountry Oyster Festival) just took place this past weekend at Boone Hall Plantation, where they served 80,000 pounds of them.

Oysters are also a crucial part of the coastal ecosystem. Check out these fascinating ways oysters help local waters:
- Estuarine Filters: Adult oysters filter up to 2.5 gallons of water per hour or up to 50 gallons per day.
- Habitat: Oysters build reefs which provide habitat for fish, shrimp, crabs, and other animals. They are an integral part of the marine ecosystem. There are nearly 120 different species that frequent oyster reefs, including; Red Drum, Blue Crabs, Flounder, and Shrimp.
- Erosion Control: Oyster reefs are natural breakwaters that absorb wave energy and protect marsh shorelines from erosion. (Source: SCDNR)

South Carolina used to have a huge oyster industry. Back in the 1930’s, 16 different canneries lined the coast harvesting, shucking, then shipping oysters to large cities like New York, Chicago, and beyond. The folks doing the harvesting understood the natural process. Oysters need a cultch, or base, on which to attach and regrow. It takes about three months for the baby oysters, called spats, to attach. It then takes two to three years for an oyster to grow to three inches, ready for harvest. The canneries understood the process. They knew to return the shells back to the water, so everything came full circle.

The last South Carolina cannery closed in 1986 as a result of businesses in Asia flooding the market with cheaper, inferior canned oysters. The SC oyster market switched to a more local one. Whole cluster oysters pretty much stayed here and were consumed and appreciated, in individual back yards and at benefit parties. Folks around these parts would say this is progress – local before local was cool. Why ship ‘em up north when we can keep there here for us?

The problem was, most of the shells just ended up in the landfill instead of back in the saltwater and tidal creeks where they belong. Soon it became apparent that oyster beds were disappearing.

How does oyster shell recycling work?

The SCDNR collects oyster shells from participating restaurants, large-scale oyster roast events, and public oyster shell recycling bins. There are now many drop-off sites for oyster shells in coastal South Carolina counties and beyond. You can find one right here on the Isle of Palms, behind the restaurant at the Marina. There’s another one just over the Isle of Palms Connector in Mount Pleasant located on Sweetgrass Basket Parkway across from the back entrance to the Six Mile Harris Teeter and Hobby Lobby shopping center.

The DNR recycling team then cures the shells for six months, essentially putting them in quarantine. This is to make sure the shells are free of disease and any invasive species before putting them back into local waterways.

The team then plants recycled oyster shells along the shoreline, effectively rebuilding the oyster reefs. New young oysters will attach and grow to them. The reefs themselves filter water, provide habitat for many species of fish, and nurture the next crop of delicious oysters.

So if you’re buying fresh oysters by the bushel or hosting an oyster roast, please recycle those shells! And when you're looking for the best in SC vacation rentals, be sure to call EP.

All best,
Lowcountry Lisa
your Isle of Palms vacation blogger