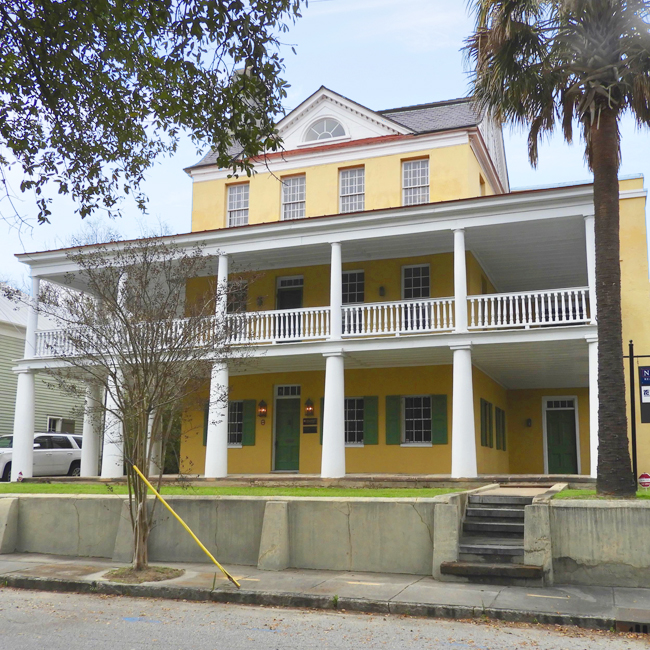 Written by Amelia Whaley. 11 March 2019 Posted in Diary of a Charleston Tour Guide

This week, we travel to the other side of the Charleston peninsula as we visit 2 Amherst Street, located on the corner of East Bay and Amherst Streets, completed around 1808 and associated through the years with three old Charleston families. The house is a little different from other Charleston houses; 2 Amherst has a double piazza that crosses the front and then wraps part of the two sides of the house. Even from the exterior, this house exudes a charm of its own.

While I haven't been inside 2 Amherst, the Library of Congress has easily accessible photographs in its collection online. The photographs show a spiral staircase and interior moldings and mantels in the Adam or Federal style. 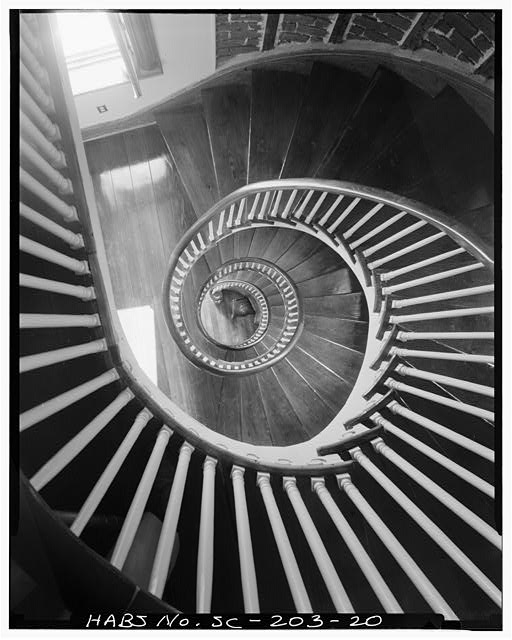 The house was outside the city in 1808 and situated on land narrowly jutting into the salt marshes on the Cooper River. The original owner called 2 Amherst Street Presqu'ile, which means "peninsula" in French. However, Christian Jacob Belser (called Jacob), born in Charleston in 1781, was of German heritage, not French. His father, also Christian Jacob Belser, was born in Germany and arrived in Charleston around 1774. Jacob, the builder of Presqu'ile, had plantations elsewhere in South Carolina and was a South Carolina Senator between 1812 and 1815. He is the ancestor of the Belser families in Columbia, Charleston, and Edisto Island.

2 Amherst Street is also associated with the Grimke family. Henry Grimke was one of numerous children of Judge John Faucheraud Grimke of Charleston. Henry's siblings included the famous abolitionist sisters, Sarah and Angelina Grimke. Henry bought 2 Amherst in 1840 and added the large wing at the back of the house.

Presqu'ile was purchased by Arthur Ravenel, Jr. & Co. in 1973, restored and subsequently listed on the National Register of Historic Places. The Ravenels are an old Charleston family of French Huguenot heritage. Arthur Ravenel, Jr., a realtor, was a South Carolina Senator and a member of the United States House of Representatives. The Ravenel Bridge connecting Charleston to Mt. Pleasant is named for him.