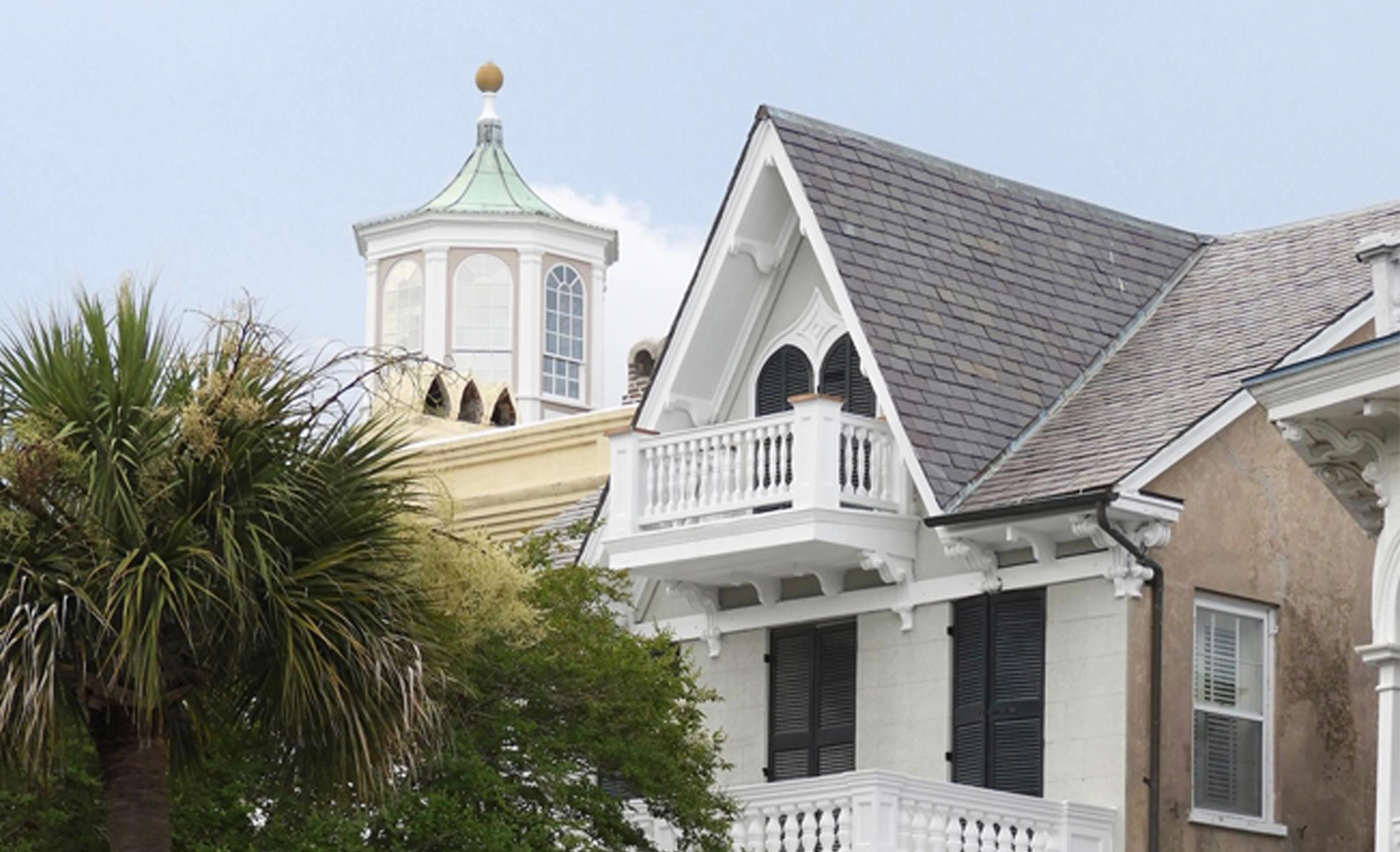 Written by Amelia Whaley. 01 July 2019 Posted in Diary of a Charleston Tour Guide

This week we simply go next door from last week's post and visit 28 South Battery, built in 1860. While we don't have a sprawling Italian villa like 26 Battery, we do have the second floor arcades that mimic the house next door.

This approximately 5,000 square foot house was built by George S. Cook, the famous Civil War photographer. Cook, an orphan, later attempted several unsuccessful careers, but found his calling when the daguerreotype was born. He would set up a studio in a town, teach photography, then sell his business to his students and move to another town. He finally came to Charleston in 1849, built 28 South Battery the same year South Carolina seceded from the Union, and proceeded to document the Civil War here in photographs. Cook is also known for his photographs of the 1886 earthquake in Charleston.

Cook was well known and well respected in the photography world. Matthew Brady, another famous American photographer, called on Cook to run his New York gallery while he went to Europe in 1851. Before the Civil War began, Cook also owned galleries in Philadelphia and Chicago. After the Civil War, Cook moved to Richmond, Virginia, leaving his studio in Charleston in the care of his oldest son George. After Cook's death in Virginia in 1902, his younger son Huestes continued Cook's studio in Richmond.

Another prominent individual named Andrew Buist Murray later owned 28 South Battery. Murray was also an orphan, raised in the Charleston Orphan House after his parents died. He was adopted at the age of 18 by Washington Jefferson Bennett -- the son of Governor Thomas Bennett -- a wealthy owner of rice mills.

Murray was grateful that Charleston had raised him and after becoming wealthy in his own various endeavors, he became one of Charleston's most important philanthropists. He gave to the Charleston Orphan House, built a vocational school on Chisolm Street and helped develop the land on Murray Boulevard and paid for much of the low battery wall, which extends along that strip. Additionally, he gave the College of Charleston approximately $100,000 and paved the one-mile long former Washington Race Track at Hampton Park. Although he did not attend the Citadel, Murray also gave a great deal of money to that institution (Murray Barracks is named for him). He died at 28 South Battery on December 20, 1928.