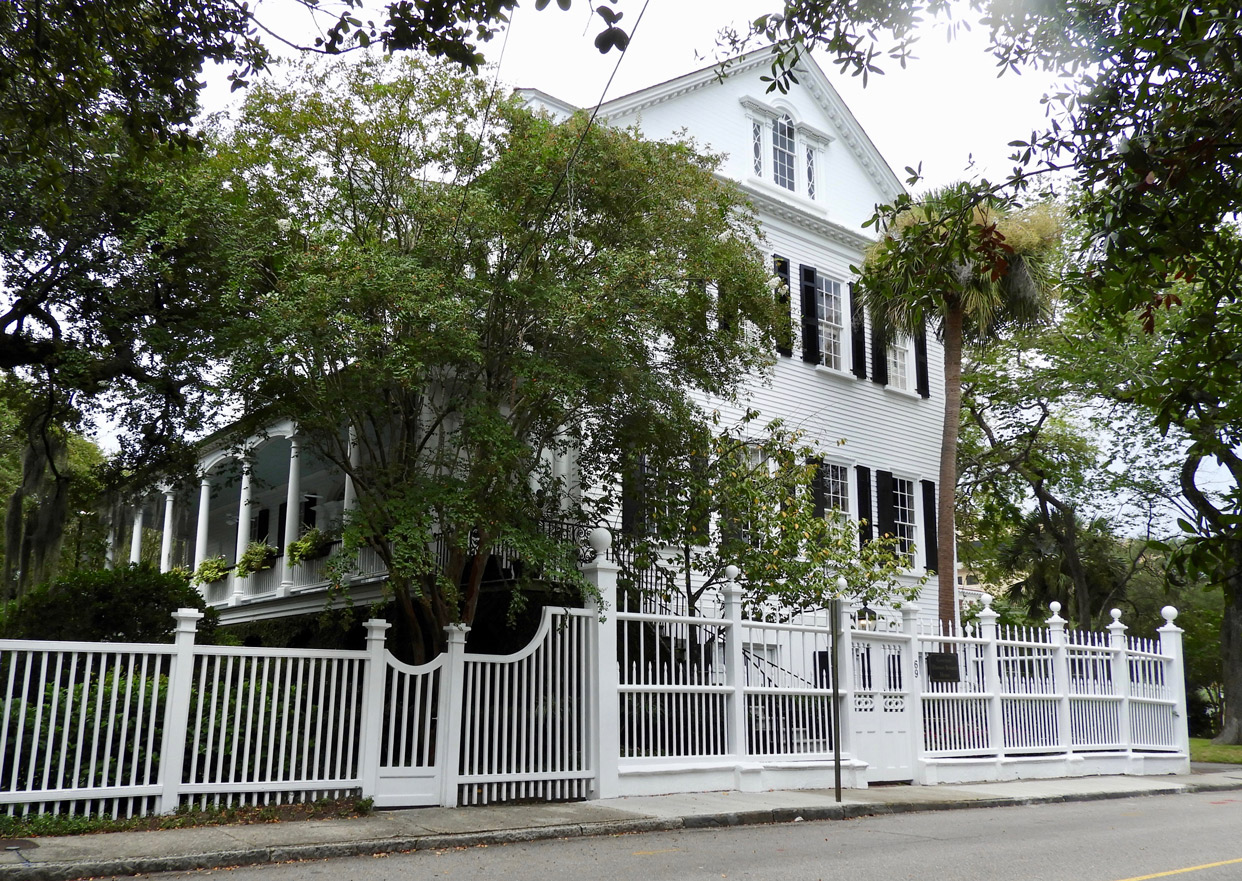 Written by Amelia Whaley. 09 September 2019 Posted in Diary of a Charleston Tour Guide

This week, we visit 69 Barre Street, very close to the Ashley River. The last post dealt with Washington Jefferson Bennett, who lived just a few blocks away at 60 Montagu. 69 Barre was built by his father Thomas Bennett after his term as Governor of South Carolina was completed. In addition to being Governor, Bennett was also a banker, served as Mayor of Charleston, and was a member of the South Carolina Legislature.

When Governor Bennett built this house between 1822 and 1825, his view overlooked several of his mills and mill ponds with the Ashley River to the west. Barre Street includes landfill and as such, its low-lying areas tend to flood with king tides, heavy rainfall and hurricanes.

Barre Street is named for Isaac Barre, a member of the English Parliament who opposed England's "taxation without representation" treatment of the thirteen English colonies in America. Barre Street runs from Calhoun Street south to Broad Street. The street continues north across Calhoun Street, but that portion is named Jonathan Lucas Street (after Governor Bennett's son-in-law who built a plantation-style house at 286 Calhoun Street).

69 Barre, part of the National Register for Historic Places, is an imposing two and one-half story structure of approximately 9500 square feet. It is one of two houses in Charleston with a cantilevered or "free flying" staircase (the other is the Nathaniel Russell House). Built in the Federal (or Adam) style, only the best materials were used in the construction of 69 Barre since Governor Bennett was the architect. The property had originally been owned by Governor Bennett's father Thomas Bennett, Sr., who died in 1814.

69 Barre is known as the "Governor Thomas Bennett House" and presently serves as one of the loveliest wedding venues in Charleston with its exquisite architecture and large garden on the south side of the property.