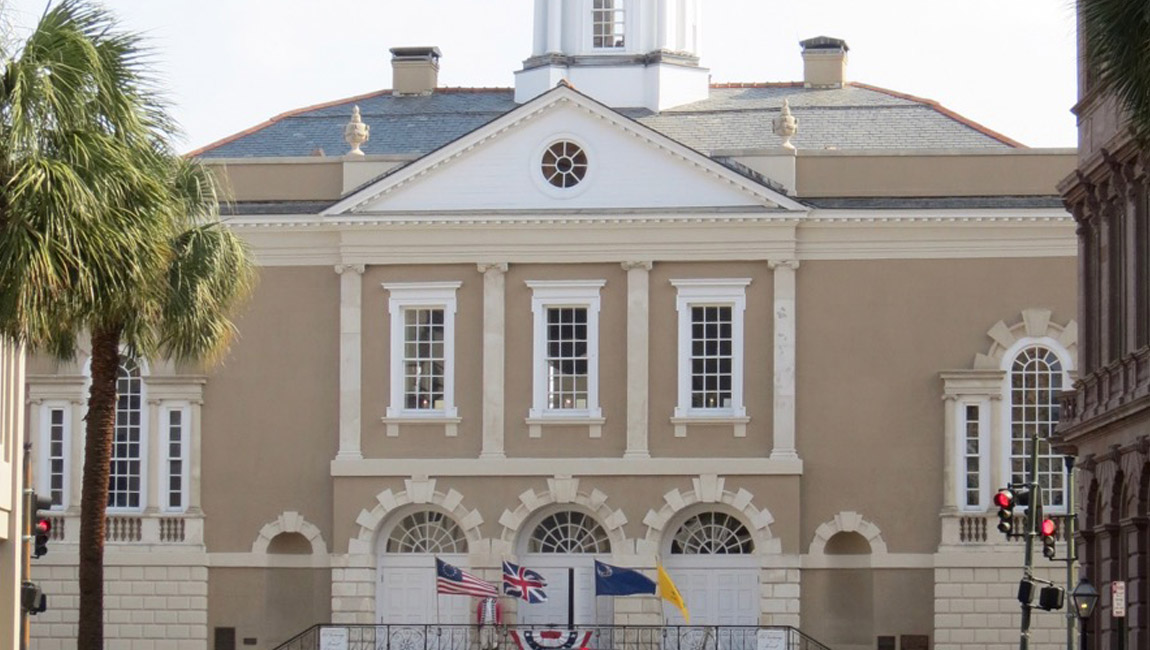 Written by Amelia Whaley. 08 February 2017 Posted in Diary of a Charleston Tour Guide

Originally built as the Customs House, the Old Exchange reflected the wealth and importance of Charles Town as a bustling and prosperous seaport. The building became integrally connected to the American Revolution and the birth of our new nation.

While the Boston Tea Party is well known, Charleston had her own “tea party”. But we didn’t throw the tea in the harbor – we seized the tea, stored it in the Old Exchange Building and later sold the tea and used the proceeds for the revolution! Later, gunpowder was walled up in the dungeon, and when the British invaded Charles Town in 1780 and commandeered the Old Exchange Building, they literally were “sitting on a powder keg” for the next two years – and never realized it. The British used the dungeon to imprison local patriots including several of South Carolina’s signers of the Declaration of Independence until they could be shipped out to spend the rest of the war imprisoned in St. Augustine, Florida.

In 1791, when President George Washington spent a week in Charleston as part of his Southern tour, the Old Exchange was the site of various activities in honor of his visit, including a fancy dress ball.

In 1818, the ownership of the building passed to the federal government and the Old Exchange became a post office and the building survived subsequent uses until the early 20th century when the Rebecca Motte Chapter of the Daughters of the American Revolution stepped in to save the building from being sold. After many years and much planning, restoration of this Charleston treasure moved forward with the help of state and federal funding. In 1973 the Old Exchange Building was designated a National Historic Landmark. Today, at the end (or beginning) of Broad Street, the Old Exchange Building and Provost Dungeon is open to the public and welcomes visitors to experience a significant part of the history of our city, our state and our nation.