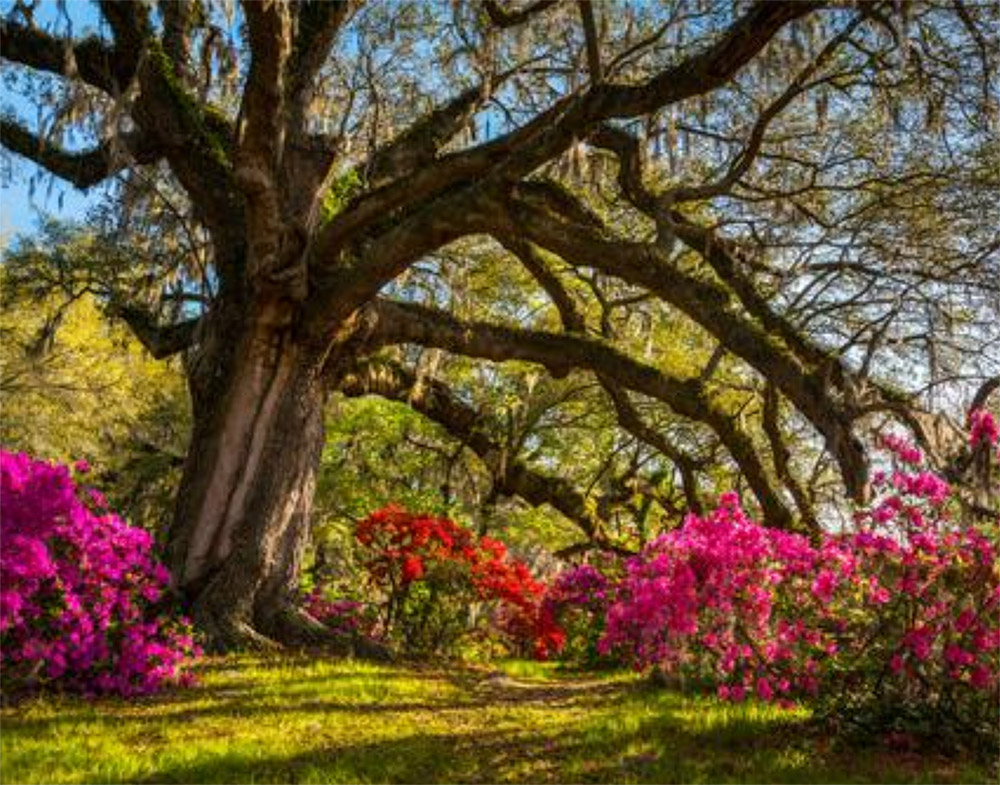 In the city of Charleston, there is history everywhere you look, and Hampton Park is no exception.

Located on the upper side of the Charleston peninsula, Hampton Park is Charleston's largest public park. Home to beautiful gardens, ponds, hiking trails, and more, the park is a charming place frequented by visitors and locals alike.

However, this wasn't always the case. In fact, the land that is now Hampton Park has a surprisingly rich history. From its early years as a working plantation to its use as a horse racing track, the land has served a variety of purposes through the years and has a unique and storied past.

Once you learn about the history of Hampton Park, you'll have a newfound appreciation for its quiet and serene beauty.

Historians still aren't certain about the earliest uses of the land we now know as Hampton Park. While some believe that the land was home to Native Americans, the evidence isn't conclusive.

However, archaeologists did excavate the site in the 1970s and found artifacts belonging to both Native Americans and English settlers, suggesting that the area was used as a trading station.

Plantation for the New Settlement

In 1769, most of the land consisted of a plantation owned by John Gibbes, who called the property Orange Grove. Gibbes added a portion of marshland to his property, making his land total 232 acres at the time.

Gibbes then built a house on the plantation, which was burned down later during the Revolutionary War. The plantation was also badly damaged during the British army's 42-day siege of Charleston.

Gibbes had no children when he died in 1780, so Grove Plantation was divided into 27 lots of land (of varying amounts of acres) and listed for sale in the newspaper. A new plantation home, later called Lowndes Grove, was built along the northern edge of the tract, which still stands today.

In the 1830s, part of the Grove Plantation was sold to the South Carolina Jockey Club. Horse racing was big in South Carolina before the Revolutionary War began, but races were put on hold until the war was over.

The Washington Race Course was a one-mile loop around what is now Hampton Park and was one of the hottest race tracks in the South. In fact, Mary Murray Drive, which circles Hampton Park, is approximately one mile long and is almost in the exact location of the former race track.

Often called the "Cradle of Secession," Charleston was ravaged by the Civil War. Near the end of the war, the Washington Race Course was taken over by Confederate soldiers, who used it as a prisoner-of-war camp.

Nearly 260 Union soldiers died in the camp, suffering from malnourishment and unsanitary conditions. These soldiers were buried together behind the judges' stand of the Race Course, in shallow graves without coffins.

On May 1, 1865, emancipated slaves and Unionists gathered at Hampton Park to honor the Union soldiers who died there. Some believe that this ceremony marked the beginning of Memorial Day, although this remains hotly contested among historians.

Still, historians point out the significance of Charleston's black community gathering to honor fallen Union soldiers, ensuring that each soldier had a proper burial. The ceremony that took place in Hampton Park is said to have included a parade of approximately 10,000 people. 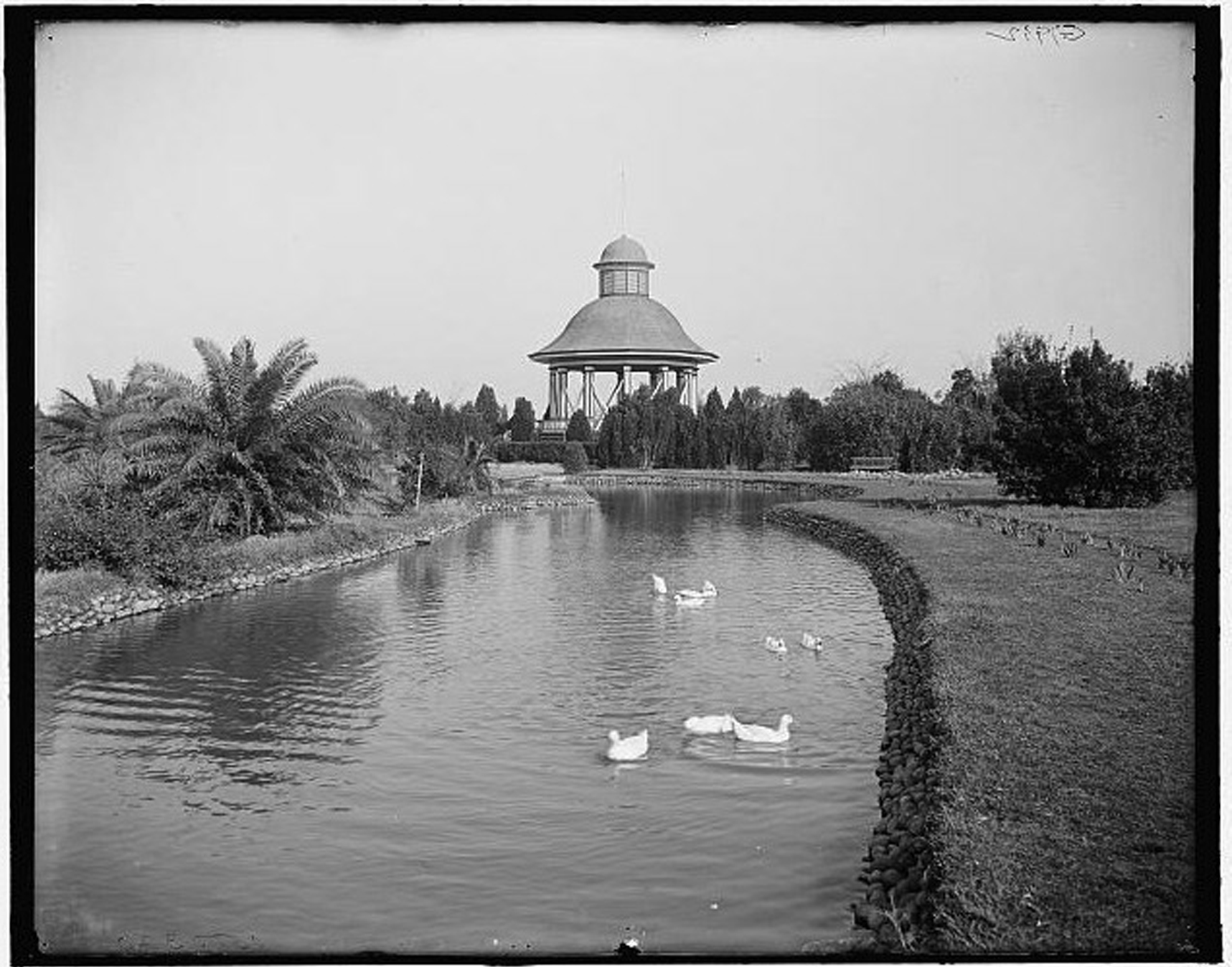 When the Jockey Club disbanded in 1899, the deed to the property passed to the Charleston Library Society. In 1901, the Library Society leased the land to the South Carolina Inter-State and West Indian Exposition, a trade fair aimed at attracting new businesses to Charleston.

The fair was held at Hampton Park on December 1, 1901, and it attracted nearly 675,000 attendees during its run. President Theodore Roosevelt visited the exposition on April 9, 1902.

Despite its large turnout, the exposition was deemed a financial failure and closed on May 31, 1902. The City of Charleston acquired parcels of the land and named the area in honor of famous Confederate General Wade Hampton III.

Believe it or not, Hampton Park once held bison, otters, honey bears, and even lions. In the mid-20th century, the park was the site of a zoo, which many Charleston locals can still recall from their younger years.

While many Charlestonians can tell you about the zoo at Hampton Park, there isn't much written about it in the city's archives. What we do know from city records is that the zoo began taking off in 1937, largely thanks to a donation from Archer Huntington of Brookgreen Gardens.

Unfortunately, the zoo didn't hold up to the Animal Welfare Act of 1971. Rather than renovate to improve its facilities, the city decided to close the zoo and repurpose the land.

Today, both locals and visitors enjoy Hampton Park for its quiet serenity and abundance of amenities. On any given day, you can find people traversing the fitness trails, feeding ducks by the pond, and seeking the shade of the park's many majestic oak trees.

The surrounding neighborhood, called Hampton Park Terrace, is the perfect example of old southern charm and elegance. Most homes in this beautiful neighborhood were built in the early 20th century, featuring a range of styles from small Freedmen cottages to majestic, Queen Anne-style houses.

With its quiet charm, convenient location, and bountiful amenities, the Hampton Park area has become one of the most sought-after addresses for home buyers. Many who attend The Citadel choose to plant their roots in this desirable neighborhood.

With its lush gardens, hiking trails, and glistening ponds, it's difficult to imagine Hampton Park being anything other than a serene place to unwind after a long day. But, like most neighborhoods in Charleston, the land is steeped in history. 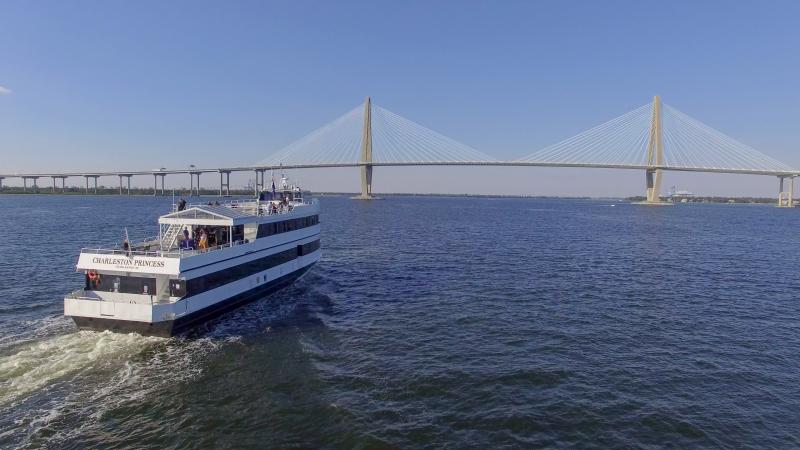