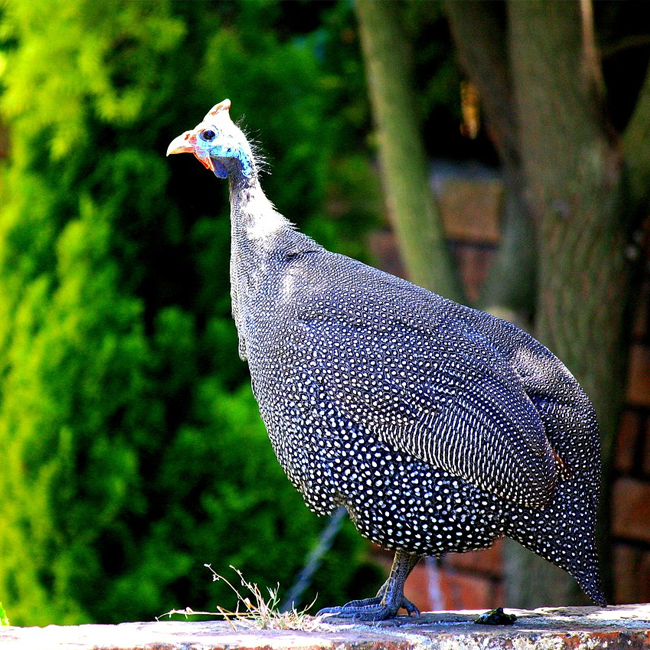 Of all the memorable fact and fictional couples through history I share during my Love Stories of Charleston walking tour, one of the most surprising tales doesn't exactly involve people, but rather a pair of guinea fowl who, as far as anyone can remember, simply appeared one day about 13 years ago and have simply never left. (Hey, they knew a good thing when they saw it. Charleston charms.)

Tucked in between Legare Street and King Street, you'll find a place like no other in historic downtown Charleston known as Lamboll Street. Unique in the fact that its most notorious feathered neighbors roam the short stretch of land, scavenging for insects and seeds, snoozing in nearby shrubs, screeching like banshees, and actually stopping traffic as if they own the joint. The original pair of guinea fowl known to be monogamous were named by residents and have since been fondly referred to as Ginny & Gus. The gang (flock or rasp to be exact) has grown, then shrunk, and grown over the years due to hawk attacks and other lurking predators in the dark of night. But, they've endured (and ruled!) despite the craziest of surroundings and honestly, I cannot imagine strolling past without them. 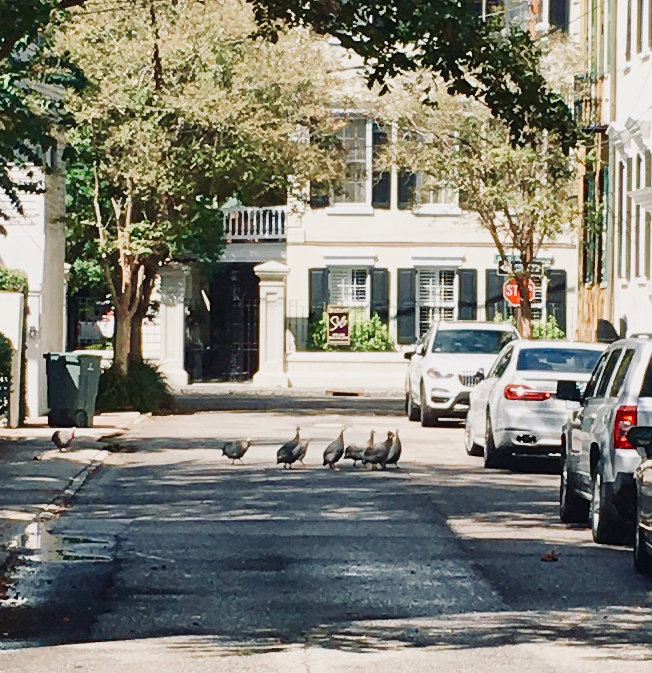 Recently, while leading a private tour, I was able to capture on video seven speckled specimens in some sort of symphonic outburst and about fifty yards away, spied another one, or the "guardian," on a nearby wall watching over his peeps. Howdy, Gus!