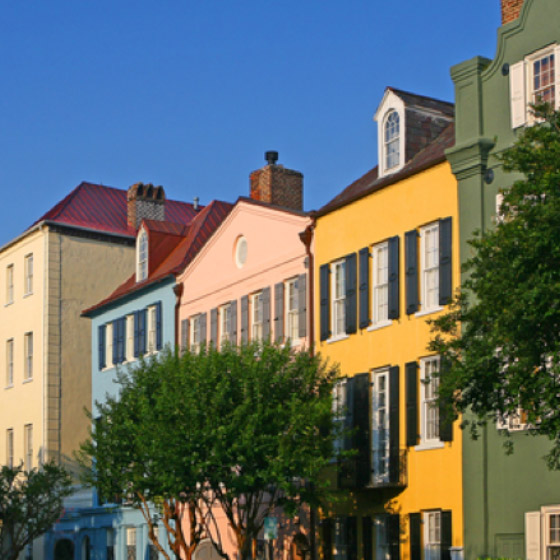 The Captivating History of Rainbow Row

Your list of things to do in Charleston may be getting long, but it’s essential that you make room for Rainbow Row. This series of 13 brightly-colored houses along the waterfront is one of Charleston’s most photographed spots and is a spectacular site to see.

While its architecture and beautiful pastel coloring are to be admired, Rainbow Row’s history is equally as captivating. As many of you already know, Charleston is a place steeped with history in every neighborhood, and Rainbow Row is no exception.

Why is Rainbow Row so brightly colored? How did it become one of the most recognized historical sites in Charleston? We’ve got the answers to your burning questions right here!

What is Rainbow Row?

Rainbow Row refers to the row of pastel-colored historic homes located on East Bay Street, just along the Battery. As one of Charleston’s most iconic sites, you can visit this area on any given day and see couples getting their photos taken for engagements or weddings, along with a drove of tourists trying to get a good photograph of the stunning houses.

Though the row of vibrant Georgian houses is beautiful, they attract visitors for more than just their aesthetic charm. As with most historic buildings in the Holy City, these special homes have their own fascinating story to tell.

The Beginning of Rainbow Row

You might be surprised to learn that the houses that make up Rainbow Row were not always brightly colored. These historic homes were first constructed around 1740 and were used by merchants who would run their business on the ground floor and live on the top floor.

After the Civil War, this area was rather run-down and considered a slum. However, this changed in 1931 when Dorothy Porcher Legge and her husband Judge Lionel Legge purchased the section of houses on East Bay Street. 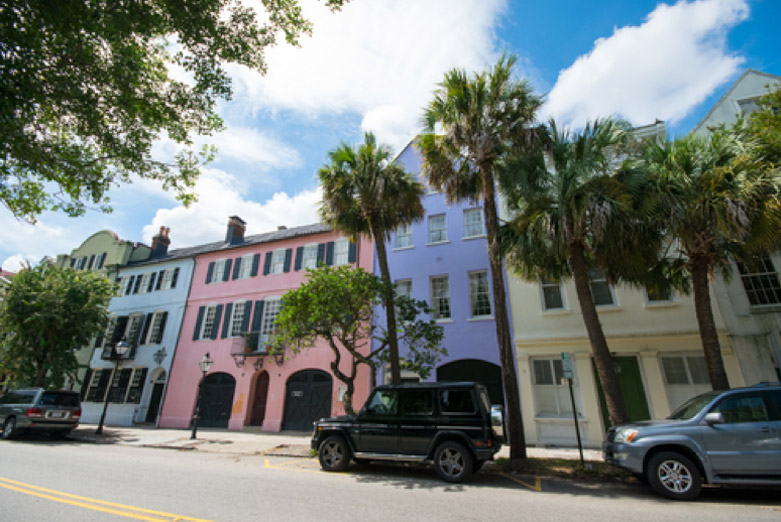 Dorothy Porcher Legge was the one who decided to paint the homes on this row a pretty shade of pastel pink, hoping to make the area look nicer. As time went on, other residents on the street began to paint their homes various pastel colors as well.

Was this a trend based on aesthetics only? Or did the decision behind painting these homes bright colors run deeper than simply trying to improve the appearance of the neighborhood?

Many have speculated over the true reason for the color transformation of Rainbow Row. One theory is that the homes were painted various pastel colors so that drunk sailors might find their way home easier. Others believe that the various hues were the merchants’ way of indicating what types of items they sold there. One other theory is that the homes were painted lighter colors to keep them cooler during the hot Charleston summers.

No matter what the true meaning behind the pastel colors was, Rainbow Row is now an unmistakable part of Charleston history. 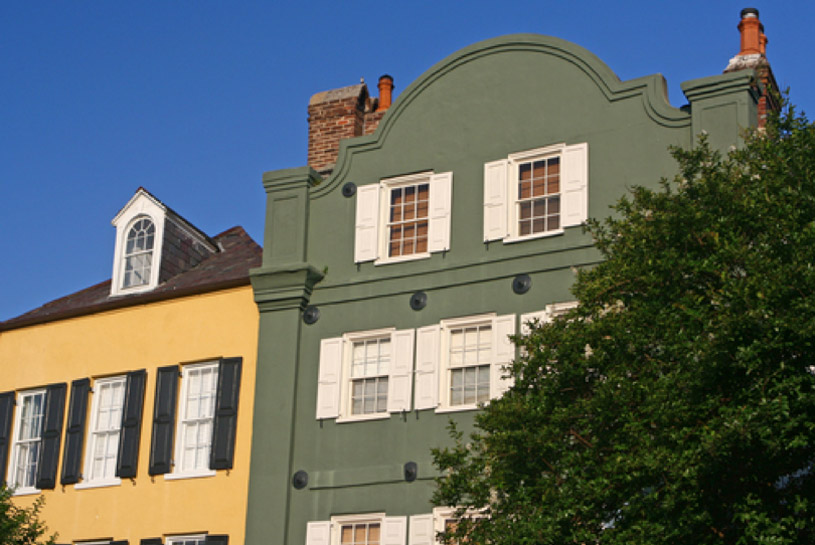 Though we refer to Rainbow Row as a collection of houses, it’s also worth looking at these homes individually for a deeper look into their fascinating history. The Rainbow Row homes run from 79 to 107 East Bay Street and, while each is privately owned, the city ordinances are in place to keep their pastel colors intact.

Number 79-81 is a two-part building that is the beginning of Rainbow Row on the southernmost tip. Built around the mid-19th century, it is the most modern structure on Rainbow Row.

Number 83 is called the William Stone House. It was built in 1784 by a Tory merchant who fled America during the American Revolutionary War. This property has experienced only minor restorations over the years.

Number 87 is known as the James Gordon House. Built in 1778, it was destroyed by a fire and wasn’t replaced until a Scottish merchant named James Gordon rebuilt the structure in 1792. It was then purchased by Susan Pringle in the 1920s and is now a home painted a cheerful yellow.

Number 89 is a beautiful four-story blue house known as the Deas-Tunno House. Built around 1770, it was originally used for commercial purposes while the owner of the house lived on the top floor. It is unique to other homes on Rainbow Row because it has a small side garden and extensive outbuildings that were once used as slave quarters and a warehouse.

Number 93 is called the James Cook House. Built in about 1778, this bright yellow home was restored and has a charming kitchen and dining room on the first floor and a drawing room and library on the second floor.

Number 95 is somewhat of a mystery, but scholars believe that the style is similar to that of Othniel Beale, who built neighboring houses 97-101. American statesman Charles Cotesworth Pinckney owned the property in 1779, and the property was renovated by New York playwright John McGowan in 1938. The four-story house is a pastel green color with a Flemish gable roofline.

Number 103 is known as the Joseph Dulles House. Built in about 1787, the house was built by an ancestor of John Foster Dulles, the former Secretary of State under President Eisenhower.

Number 105 is the Dutarque-Guida House. The property was first acquired by Lewis Dutarque in 1778, who began building a house there shortly after the purchase. The next owner was an Italian immigrant named Giovanni Domenico Guida, who added an iron, Victorian storefront to the building.

Number 107 is the last house on Rainbow Row. First purchased by John Blake, a Revolutionary War patriot and state senator, in 1791, the house has undergone many restorations that have made its original configuration difficult to discern. A two-story kitchen house was built behind 107 East Bay Street, but it is now a separate building located on Elliot Street.

Rainbow Row is unique to Charleston and continues to attract visitors from around the globe. Like the many other historic homes in the Holy City, each of these houses has a captivating story to tell if you’re willing to listen. From the Civil War to WWII and beyond, Rainbow Row has lived through some of the nation’s most turbulent times and is worth a visit.