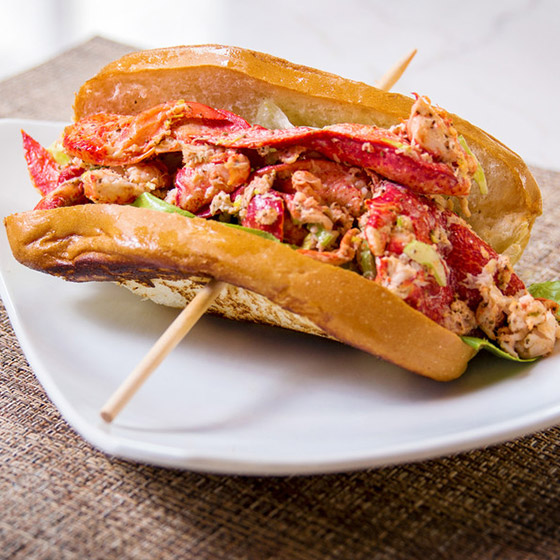 This is not the first time that I have brought my attention to the culinary Mecca that Charleston has become. As we all know, many of America's finest chefs now call the Lowcountry home. Attention is often drawn to the magic they weave into their dinner creations, yet little focus is placed on the many diverse sandwiches that make Charleston proud. Some fancy; some not. All are fabulous!

1. The Downtown at Cory's Grilled Cheese. If you're thinking about what your Mom teamed up with tomato soup on a rainy day, think again. This sandwich couples Brie and chèvre with apple and fried onions and adds fig spread to the sourdough bread. Paris meets San Francisco on James Island!

2. The Great Grouper Sandwich at Red's Ice House, on Shem Creek and on Bohicket Creek. Their signature sandwich tastes even better on the water. Choose it grilled, blackened, or lightly fried. For me? Blackened with Red's Chipotle Tartar Sauce. Oh, yeah!

4. The Original Cheesesteak from Philly's in Summerville. I've spent enough time in Philadelphia to know it's worth the trip to this Ladson Road jewel of a sandwich shop. Hand-trimmed beef on a fresh baked roll served with white American cheese and grilled onions. Simple never tasted so good.

5. The Blackened Ahi Rare Tuna BLT at Laura Alberts on Daniel Island. Their title says they offer Tasteful Options. They speak the truth. I am crazy about the combination of fresh tuna, bacon, lettuce and tomato on grilled ciabatta, topped with wasabi mayo. Odds are you will be, too.

6. The Lobster Roll at Oyster House in the heart of Charleston's French Quarter. This one's the real deal! Wicked good as my Maine friends would say. Plenty of lobster, mixed with mayo, celery, scallions and lettuce. Stuffed into a split-top bun, just as they do in Kennebunk some 16 hours up the coast. You in?

7. The Falafel Wrap at Saffron Bakery in Downtown Charleston. Get ready to savor pan-fried croquettes of chickpeas, fava beans, fresh herbs and spices topped with fresh Shirazi salad consisting of cucumbers, tomatoes and red onion, all wrapped in a pita with tzatziki sauce. This is very veggie good!

8. THE Grilled Chicken Sandwich at the Upper Deck in IOP. It’s worth going to the second level of the Morgan Creek Grill for many reasons. This one is a personal favorite. The secret: roasted red pepper, tapenade, balsamic, basil, yellow tomato and mozzarella. It might even be better than the view! Just sayin’!

9. The Reuben Greenberg at Aaron’s Deli on Meeting Street. This authentic deli is part of the Hyman’s Seafood family. One bite of their best seller and you’ll be a believer. Think corned beef and Swiss cheese grilled on rye with Thousand Island dressing! Think extremely special!

10. The Green Tomato Melt from the Early Bird in West Ashley. They had me at blackened tomatoes, fresh mozzarella and basil pesto. The toasted rustic bun closed the deal. Who needs meat? That’s my kind of sandwich. I’m confident it will be yours.

10. Ah, heck! I’m a lunch guy so who can stop at 10? I am also big on the Crispy Chicken Sandwich with homemade cilantro buffalo sauce and red cabbage slaw from Graze in Mt. P and Summerville. I’m partial, as well, to the Croque Madame from the Iron Dog in North Charleston and a whole bunch of specialty sandwiches at the East Bay Deli locations in the tri-counties. And the Lowcountry Crab Cake Sandwich from the Charleston Crab House at the Market and on James Island has long had me hooked. I could go on and on…