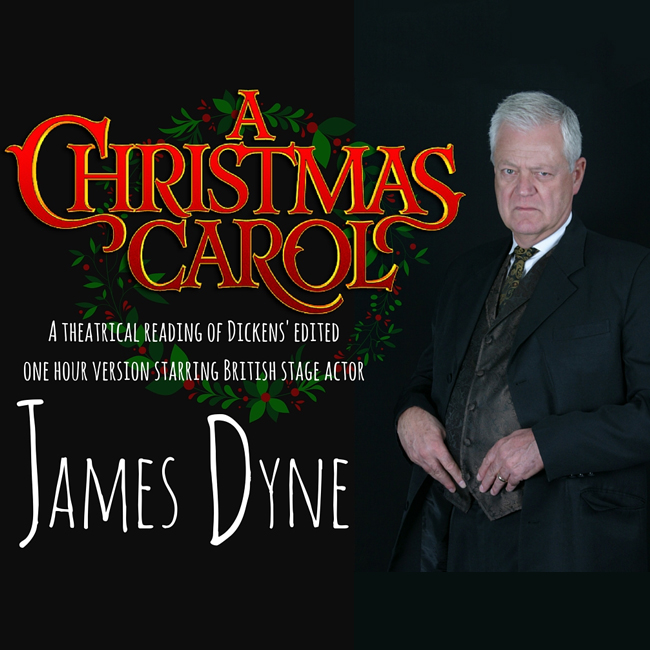 Since 2005, at historic venues throughout New York and New Jersey, Traveling Literary Theater has been reading Dickens’ own edited version of “A Christmas Carol” to sold-out audiences. Dickens self-published his little ghost story novella “A Christmas Carol” in 1843, but earned little money with the publication. He made a fortune, however, editing the book and reading it in Europe and America as a one-man show. Dickens had the necessary acting chops for the job. Everyone wanted to hear the tale of Scrooge’s change of heart, especially read by the author himself. A wood engraving in the Dec. 28, 1867, Harper’s Weekly showed people laying out blankets in the snow in front of Manhattan’s Steinway Hall waiting to buy a $2 ticket.

In today’s celebrity culture, it’s hard to overestimate the cultural impact Dickens had on 19th-century audiences. Born when mass media was in its infancy, Dickens became the world’s first literary celebrity. Some have gone so far as to equate his popularity with that of a current day rockstar. "To say that his audience followed him with delight hardly expresses the interest with which they hung upon his every word," wrote the Boston Journal in 1867. "It was not Dickens, but the creation of his genius, that seemed to live and talk before the spectators." Many years later and many Hollywood versions later, Traveling Literary Theater reads the very words that captured the imagination of the English speaking world and in so many ways transformed the way we celebrate Christmas. The popularity of Dickens' “A Christmas Carol” played a significant part in the changing consciousness of Christmas and the way in which it was celebrated. The popularity of his public readings of the story is an indication of how much it resonated with the contemporary mood, and contributed to the increasing place of the Christmas celebration in both secular and religious ways that was firmly established by the end of the nineteenth century.

In 1867 Dickens read “A Christmas Carol” in Chicago at a public reading. One of the audience members, Mr. Fairbanks who was a scale manufacturer, was deeply moved by the quote, “Break the custom we have hitherto observed of opening the works on Christmas day.” Fairbanks closed the factory on Christmas day and gave Christmas turkeys to all his employees. What is it about this story that has endured and grown larger with the years? Cartoons, musicals, silent films, strange and satirical interpretations have been commercially created to keep audiences coming to experience the tale of human redemption. Perhaps you’re reading this and remembering when you first heard this story of how a “squeezing, wrenching, grasping, scraping, clutching, covetous old sinner!" found Christmas in his heart. The preface of the novella reads as such:

“I have endeavored in this Ghostly little book, to raise the Ghost of an Idea, which shall not put my readers out of humour with themselves, with each other, with the season, or with me. May it haunt their houses pleasantly, and no one wish to lay it.”

And so it has haunted us pleasantly. One hundred and seventy five years after its publication, it is still as popular now as it was then. Charles Dickens plot was original in its Christmas theme. Three ghosts, a man experiencing a change of heart, and Tiny Tim have given us, dare I call it – a Christmas spirit. You remember that feeling don’t you? As a child, it may have filled you with wonder and even love. Today it may be fleeting or wiser. Today it may come forth because we remember when those we loved most were among us. “Out upon merry Christmas! What’s Christmas time to you but a time for paying bills without money; a time for finding yourself a year older, and not an hour richer?” says Scrooge indignantly. English stage actor, James Dyne, heads up the Traveling Literary Theater cast of three with their reading of Dickens’ edited version of “A Christmas Carol”. With over 220 readings since 2005, Dyne, handsome in his Dickensian attire, (the other two actors are costumed as well) brings forth the transformation of Ebenezer Scrooge masterfully.

The reading will be held at the historic Circular Congregational Church at 150 Meeting Street Charleston, SC 29401 on Sunday December 9, 2018 @ 2:00 P.M. Tickets can be purchase for $8 online or $10 at the door. General admission seating. Tickets: https://www.citypapertickets.com/events/59567756/a-christmas-carol-english-stage-actor-james-dyne