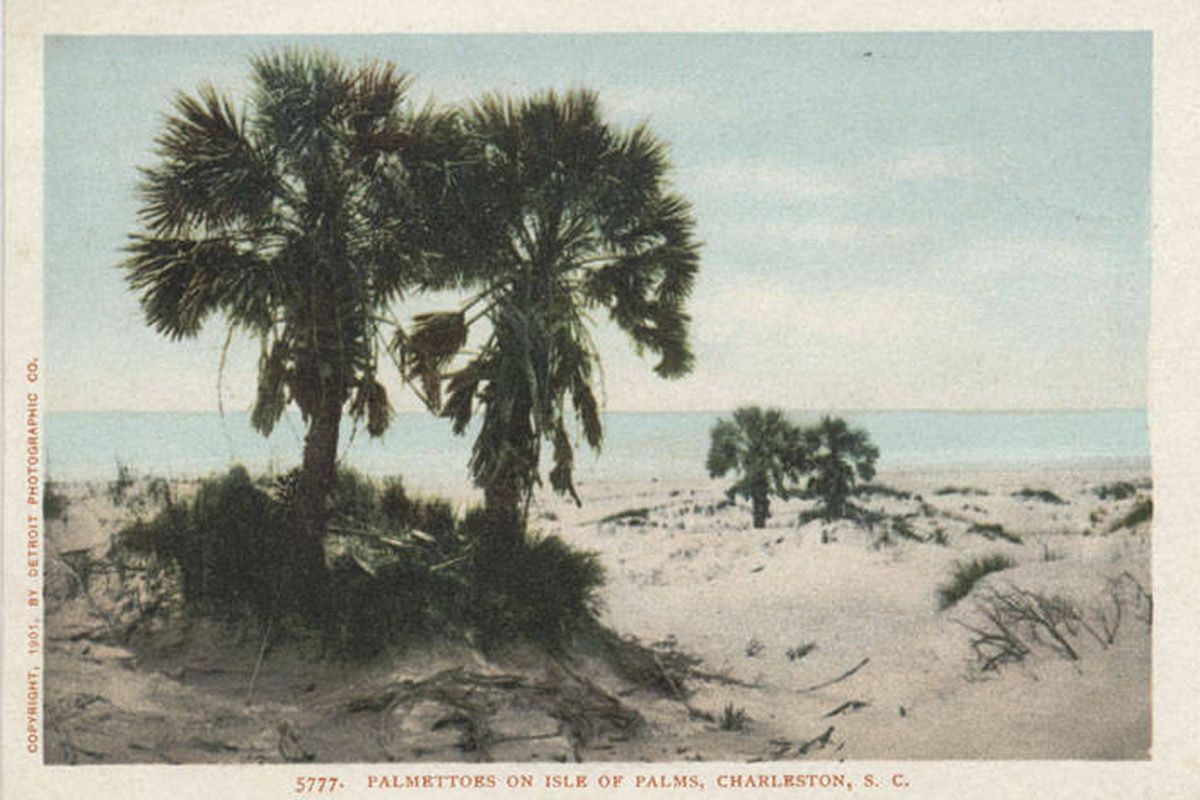 Past and Present: Things to Do at Isle of Palms

A short ride from Downtown Charleston lies one of the area’s most popular beaches, Isle of Palms. Once called Hunting Island then Long Island, Isle of Palms has been a haven for those looking to escape the hustle and bustle (and the heat!) of the city since the late 19th century. Today, it’s known for its vacation rentals, pristine beaches, great fishing, and plenty of activities for the whole family to enjoy.

This slender barrier island is thought to be over 25,000 years old, and the first people to live there were the indigenous Seewee tribe. Before the English arrived on the island to stay, it is said that pirates who roamed the area used it as a place to bury their treasure for safekeeping (though no treasure has been found to confirm this story).

During the American Civil War, Breach Inlet, a bay that separates the Isle of Palms from Sullivan’s Island, was used as the launch point for the H.L. Hunley, the world’s first successful combat submarine. After sinking the enemy warship USS Housatonic in 1864, the Hunley vanished. It was found over a century later at the bottom of the Charleston Harbor and was recovered in August, 2000. The Hunley has proved to be quite the time capsule. Many of the artifacts inside the submarine were preserved and are being studied as examples of what life was like during the Civil War, especially for a member of the Confederate Navy. Today, the Hunley is housed at the Warren Lasch Conservation Center in North Charleston, which you can visit for a tour on Saturdays and Sundays. If you want to see where the Hunley was launched, you can also visit Breach Inlet from either the Sullivan’s Island side or the Isle of Palms side, but beware! This body of water is known for its dangerous currents, so swimming is not allowed. 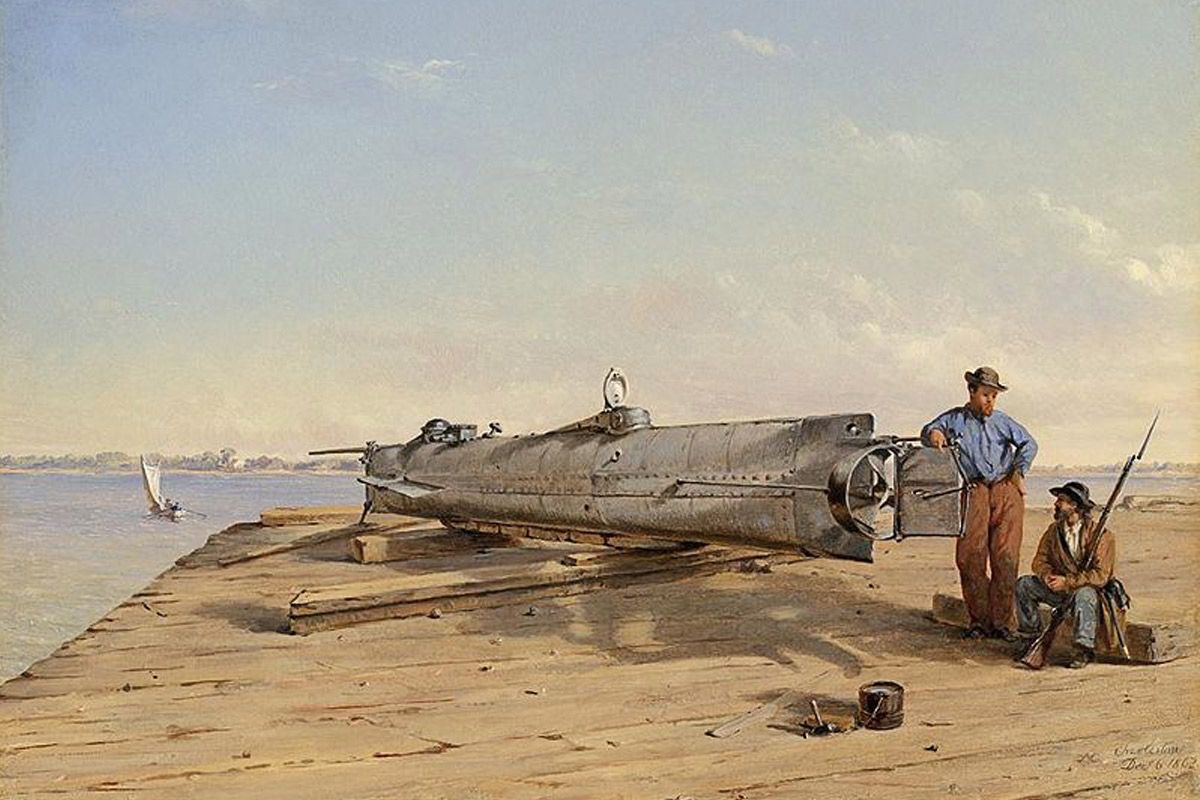 Until the late 19th century, Isle of Palms remained largely uninhabited. However, by 1900, the island had really begun to establish itself as a resort town. If you’re looking for places to stay on the island today, check out some of the top luxury vacation rentals on Isle of Palms with Exclusive Properties. 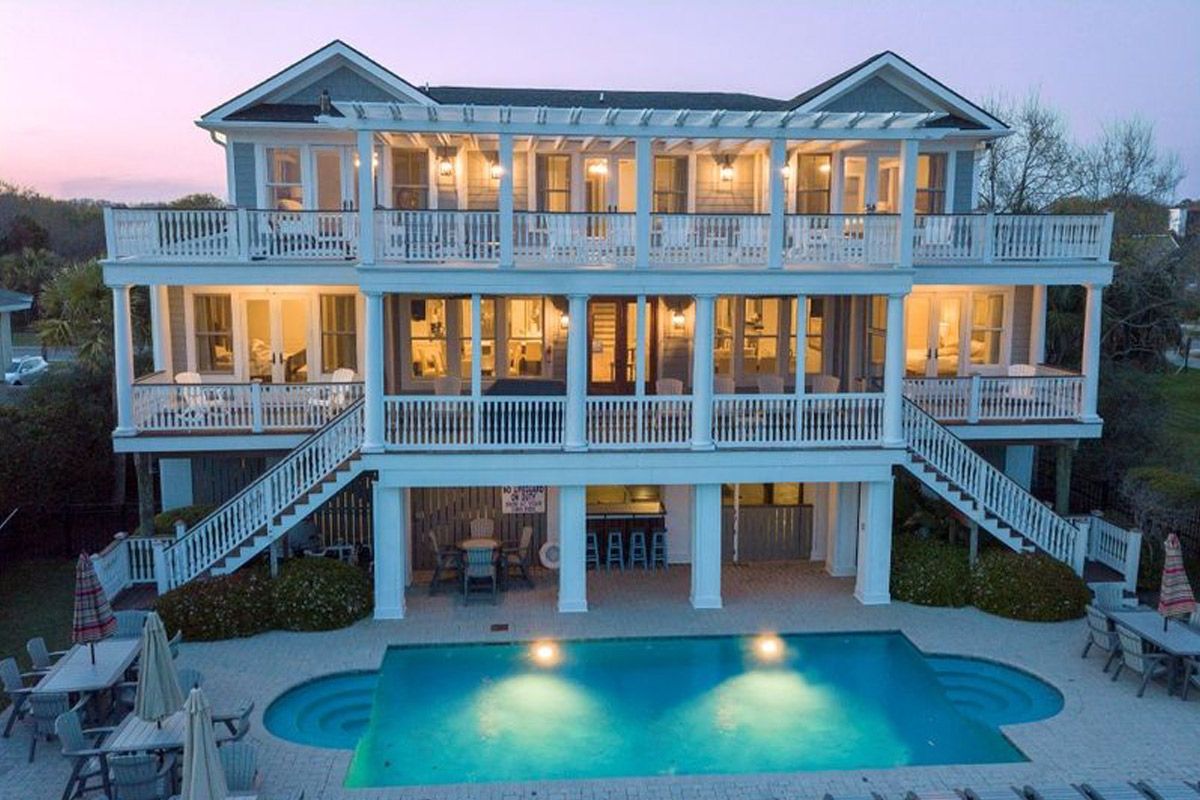 While there are so many vacation rentals to choose from today, including the Wild Dunes resort, overnight accommodations for visitors weren’t available until 1906. Before the 50-room Hotel Seashore was built, locals from the city of Charleston would ferry their way from Downtown to Mount Pleasant, and then take a trolley over Sullivan’s Island to Isle of Palms to visit the oceanfront pavilion and amusement park. The first trolley left early in the morning, and the last left at 11:30 pm. Charlestonians would visit the island for the day, and return home at night. Afternoon and evening dances with big bands were held at the pavilion, and the amusement park boasted a carousel, steeplechase, and Ferris Wheel. It is said that at the time it was built, the Isle of Palms Ferris Wheel was the biggest in the world. Imported from Coney Island, the steeplechase was one of the most popular rides for summer visitors. For ten cents, riders would race each other on one of six mechanical horses around a U-shaped track. 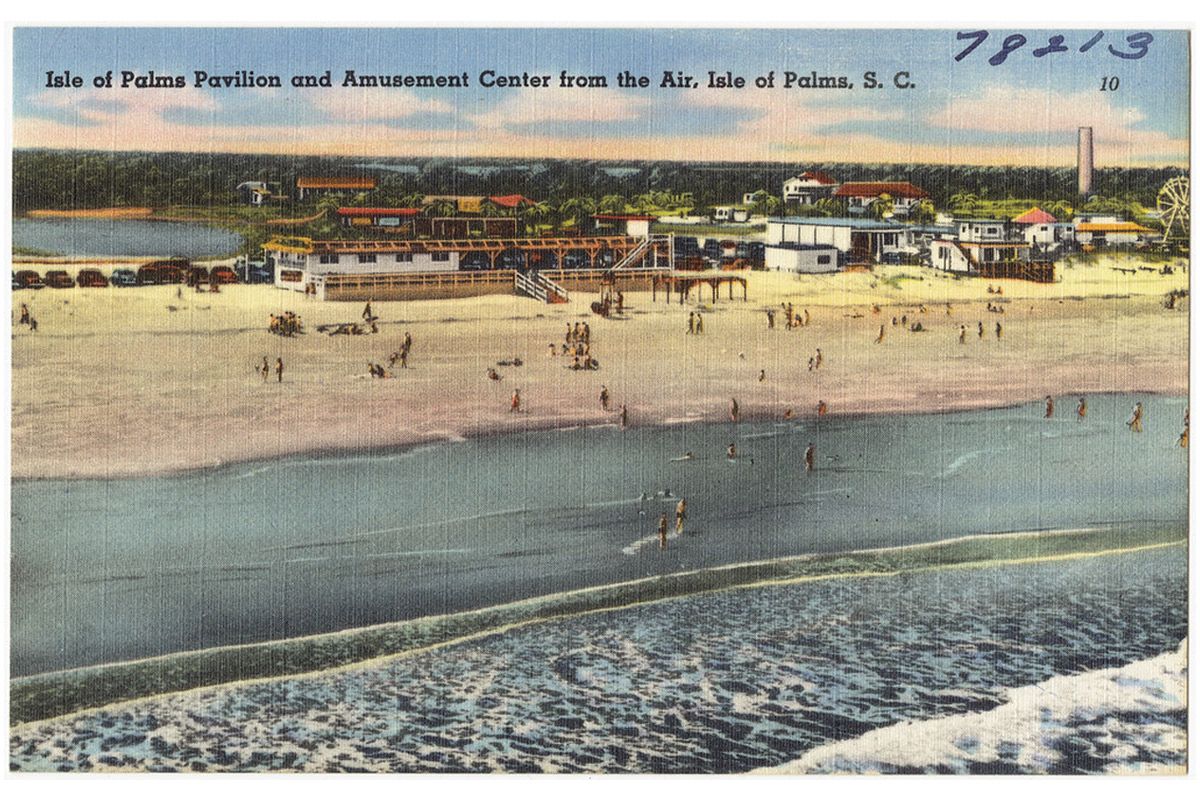 Though you won’t find a Ferris Wheel or steeplechase race course there today, there are still plenty of fun things to do on Isle of Palms both on and around the island.

KAYAKING
Whether you set out straight from the beach or one of the more placid marsh creeks, kayaking or stand-up paddle boarding around Isle of Palms is a great way to spend a few hours. If you don’t have your own, there are plenty of kayak and paddle board rentals in the area. Many places will give you the option of going out on your own for a set amount of time or taking one of their guided tours. These tours can last anywhere from two hours to a half day, depending on where you want to go. On Isle of Palms, Coastal Expeditions takes you and your kayak straight from the Isle of Palms Marina through Morgan Creek and the connecting salt marsh estuaries. Along the way, you’ll get to experience the wilder side of the Lowcountry. You might even see some dolphins! 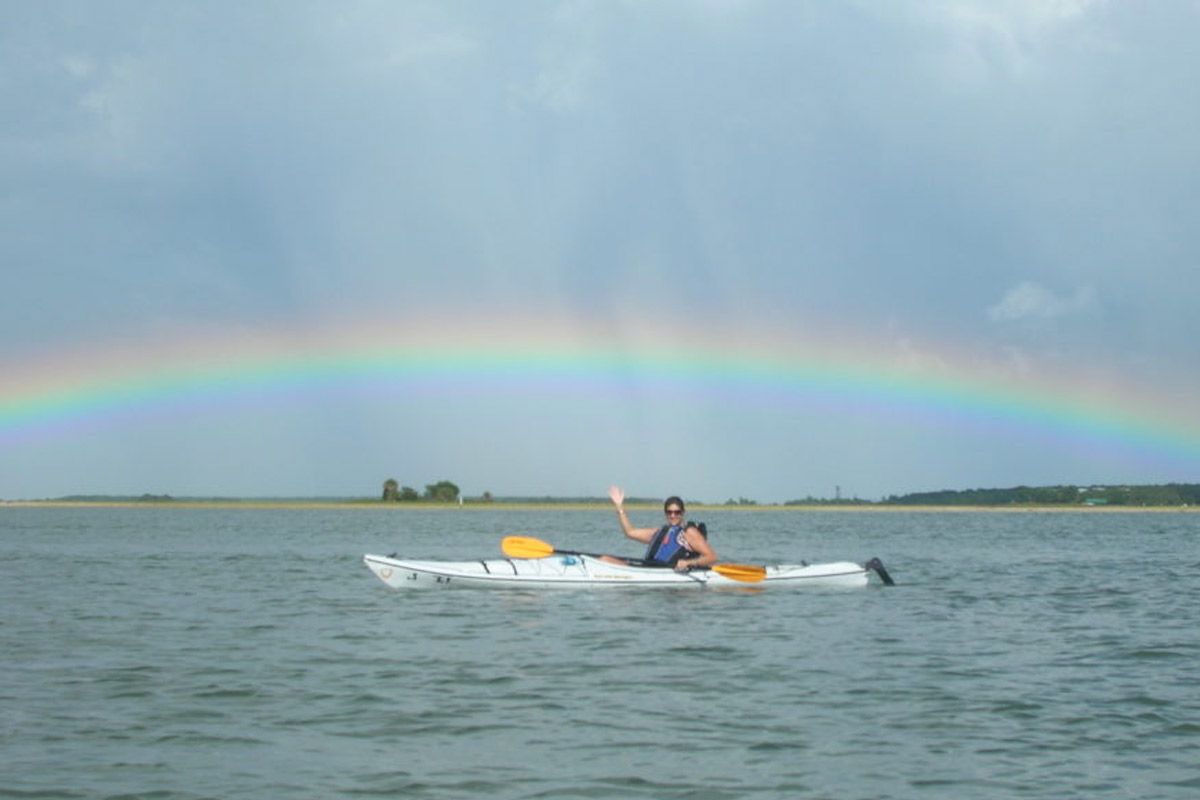 SURFING, STAND-UP PADDLEBOARDING (SUP), & KITEBOARDING
Isle of Palms is one of the most popular spots in the Charleston area for surfers. The smaller waves seen at this beach are perfect for beginners and SUP surfers, and on a windy day, you’re very likely to see a few kiteboarders skimming across the water. If you’re interested in these water sports, check out Ocean Fitness at the Isle of Palms Marina. They not only offer paddle board rentals, but they’ll also teach you how to ride one if it’s your first time. They also offer surf lessons for kids under 18.

BOATING & FISHING
The easiest way to get your boat in the water at IOP is to fuel up and head out from the Isle of Palms Marina. They offer a public boat ramp to get you started and a place to dock if you need it. Docking fees vary depending on the season and type of boat you have, so check out their website for the current rates. If you don’t have a boat but still want to get out on the water, the marina offers boat rentals, inshore and offshore fishing trips with Barrier Island Fishing Charters, and sunset cruises that will make your trip one you’ll not soon forget. You can also fish straight from the beach. Depending on where you are along or near the shoreline, you might catch redfish, spotted trout, shark, or flounder, among other native species. 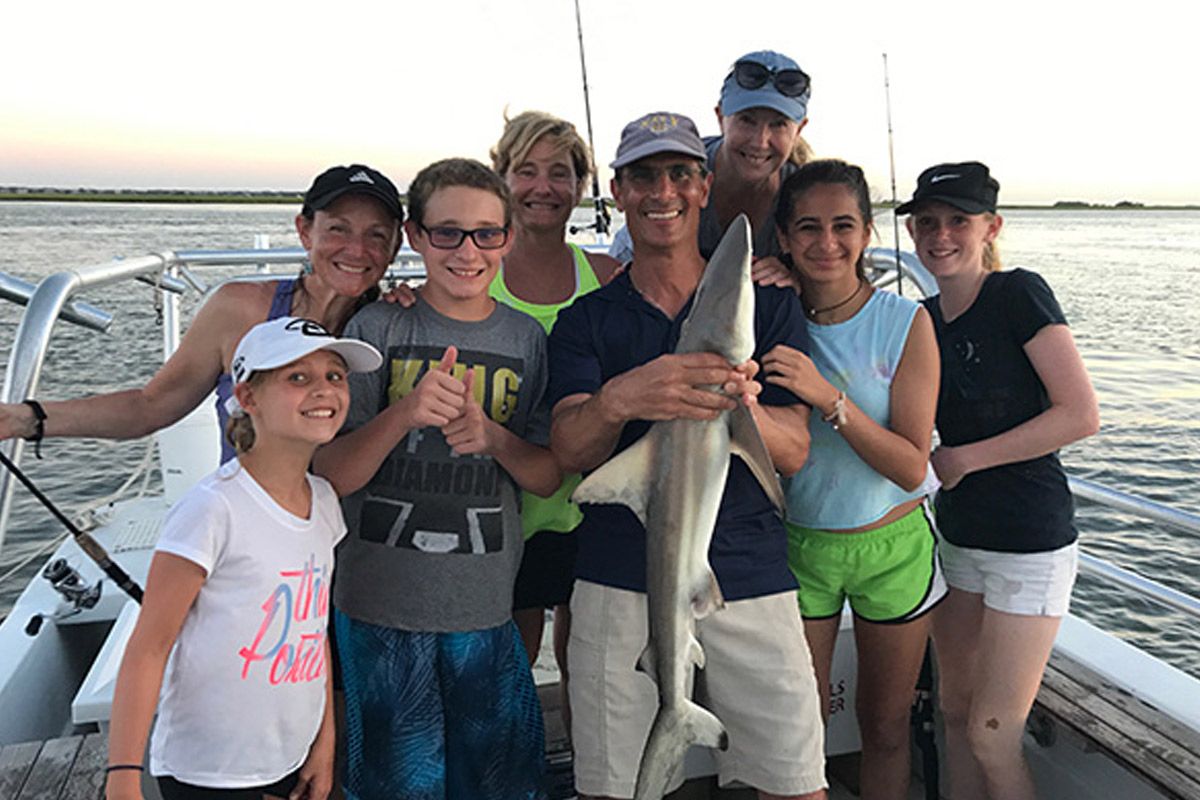 HITTING THE BEACH
By far the most popular activity at Isle of Palms is simply hanging out on the beach. Whether it’s swimming, looking for shark’s teeth, or just trying to soak up the sun, Isle of Palms is the perfect place to spend the day with family or friends.

Though there are over 50 public beach access paths along shoreline, a convenient one-stop shop for parking, beach access, and rentals is the Isle of Palms County Park. For a small fee, you can park your car and have access to a number of great amenities, including:

For more information on rental fees and availability, visit the Isle of Palms County Park website.

The most popular time to visit Isle of Palms is the summer, but with Charleston’s mild temperatures lasting most of the year, a trip to the beach is always an option whether you’re a local or just visiting.