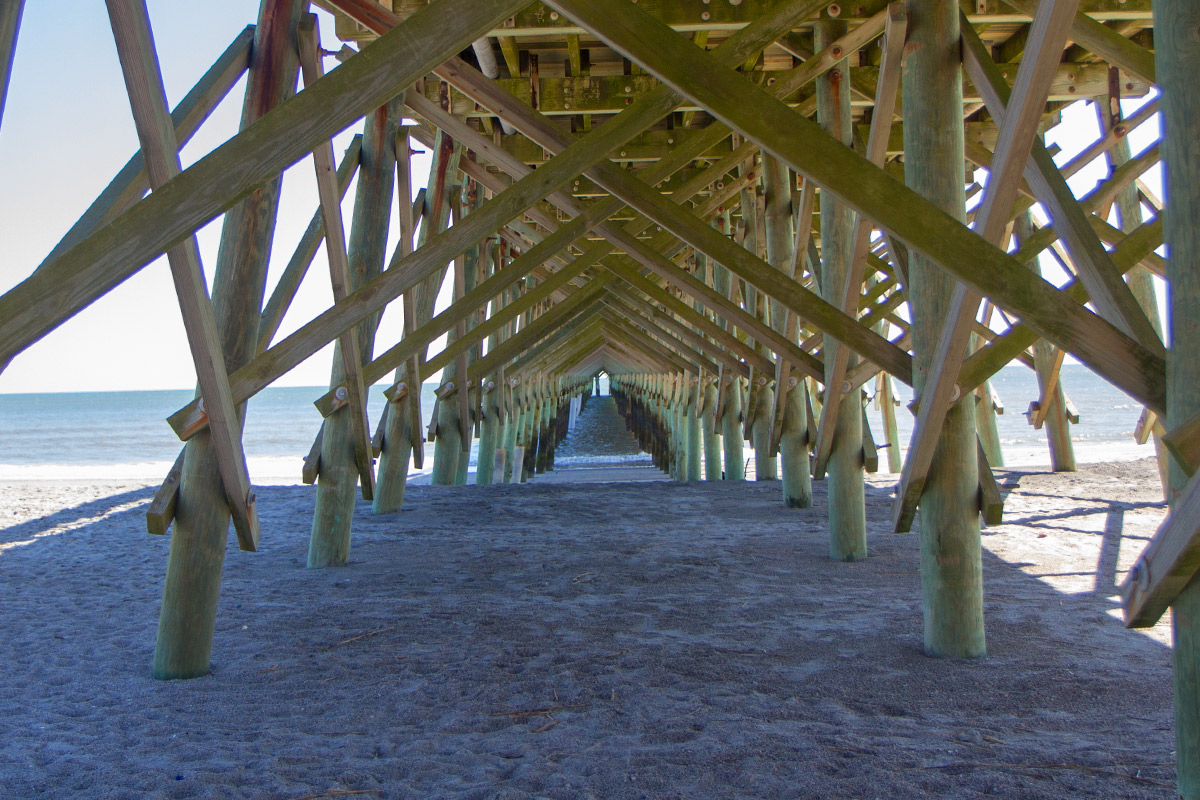 Our Favorite Places to Take a Walk in Charleston

The beach
If you like long walks on the beach, then you’re in luck! Charleston’s 60 miles of beaches divided between five main beach towns make it easy to find a nice sandy place to walk and listen to the ocean. Kiawah and Seabrook Islands are a little more difficult to reach for a casual visitor, as they are private islands requiring permission to enter. However, there’s plenty of room at Sullivan’s Island, Isle of Palms, and Folly Beach to walk as much as you want. 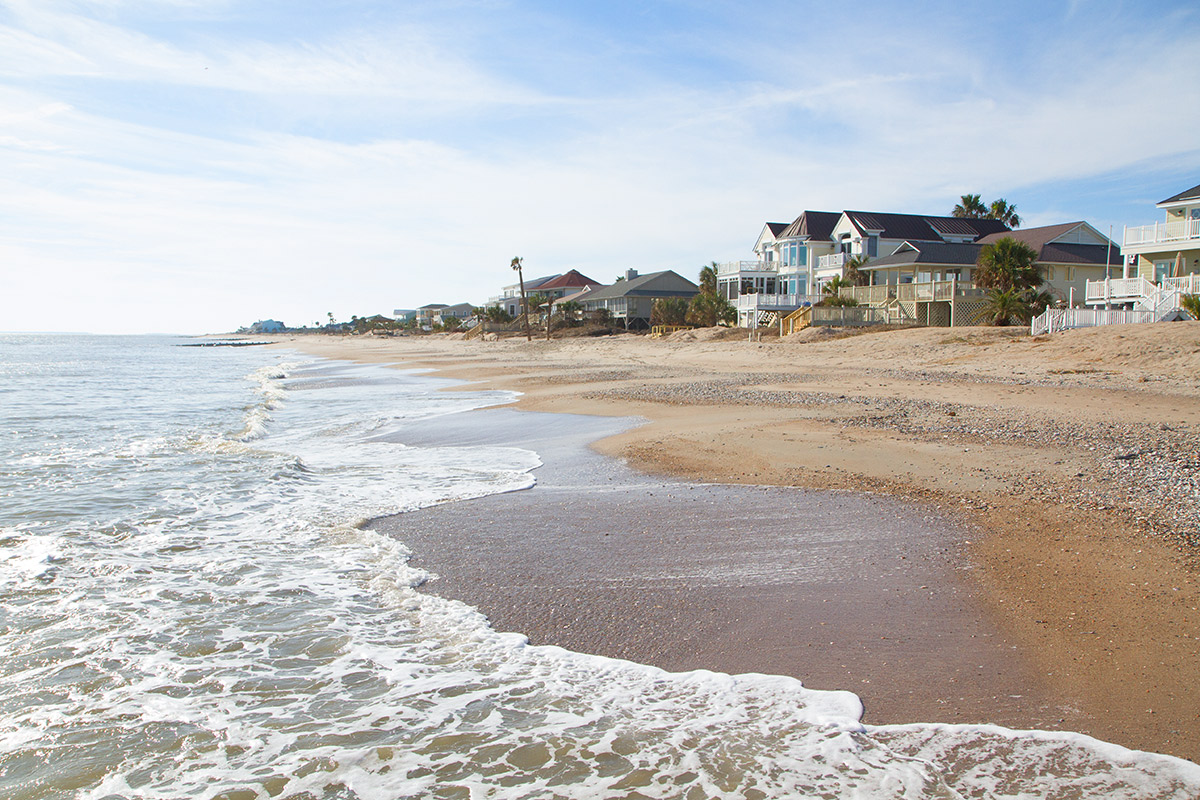 Cooper River Bridge
One of the most identifiable landmarks in the Charleston area is the Arthur Ravenel Jr. Bridge, also called the Cooper River Bridge. The biggest “hill” in Charleston is just under 3 miles long, so even walking halfway up to take in the view before making your way back down is a great way to get some exercise. From the top, you will get a panoramic view of the city, from the church steeples on the peninsula side to Fort Sumter and the Sullivan’s Island Light on the other. You might even see one of the many huge cargo ships that carry goods into and out of the port in North Charleston. The fastest way to jump onto the bridge walk is from the Mount Pleasant side. Though you can certainly park on East Bay Street downtown, there is a little more of a walk before you actually get to the bridge and parking is sometimes scarce. If you do start in Mount Pleasant, you can park across from the Mount Pleasant Pier at 99 Harry M. Hallman Jr. Blvd before walking a short way to the start of the bridge. If you want to “Get Over It” with 40,000 of your closest friends, why not check out the Cooper River Bridge Run? Charleston’s most popular 10K takes place the first Saturday in April. 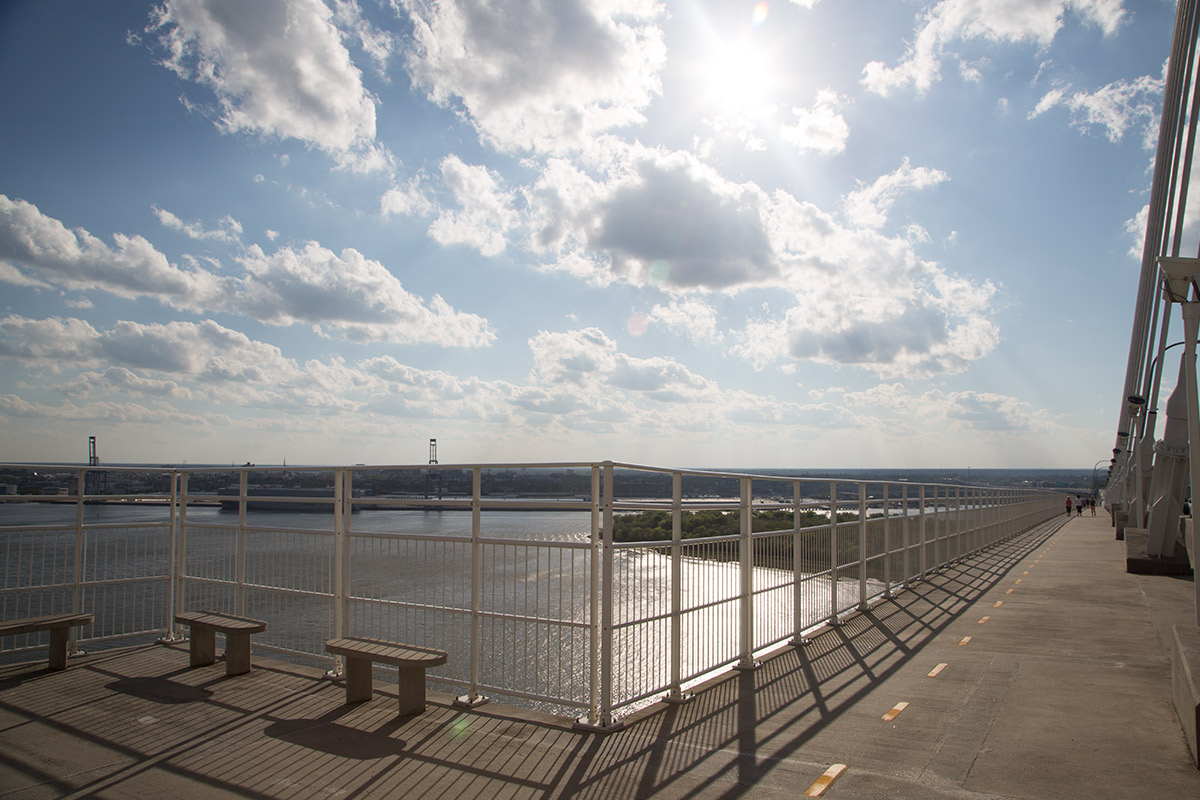 Pitt Street Park
Built in 1898, the Pitt Street Bridge operated as a trolly bridge connecting the Old Village in Mount Pleasant to Sullivan’s Island until 1927. When the Ben Sawyer Bridge opened in 1945, the Pitt Street Bridge was closed to traffic. Today, the former bridge has become a narrow park and fishing pier enjoyed by locals and visitors alike. Jutting out into Cove Inlet, the pier offers a stunning view of the Charleston Harbor and the Intracoastal Waterway, and is a great place to try your hand at crabbing! A popular spot for dog-owners and cyclists, in addition to runners and walkers, this place has also recently been voted by CHS Today as the best place in town to go for a first date, especially if you go in the golden hour around sunset. 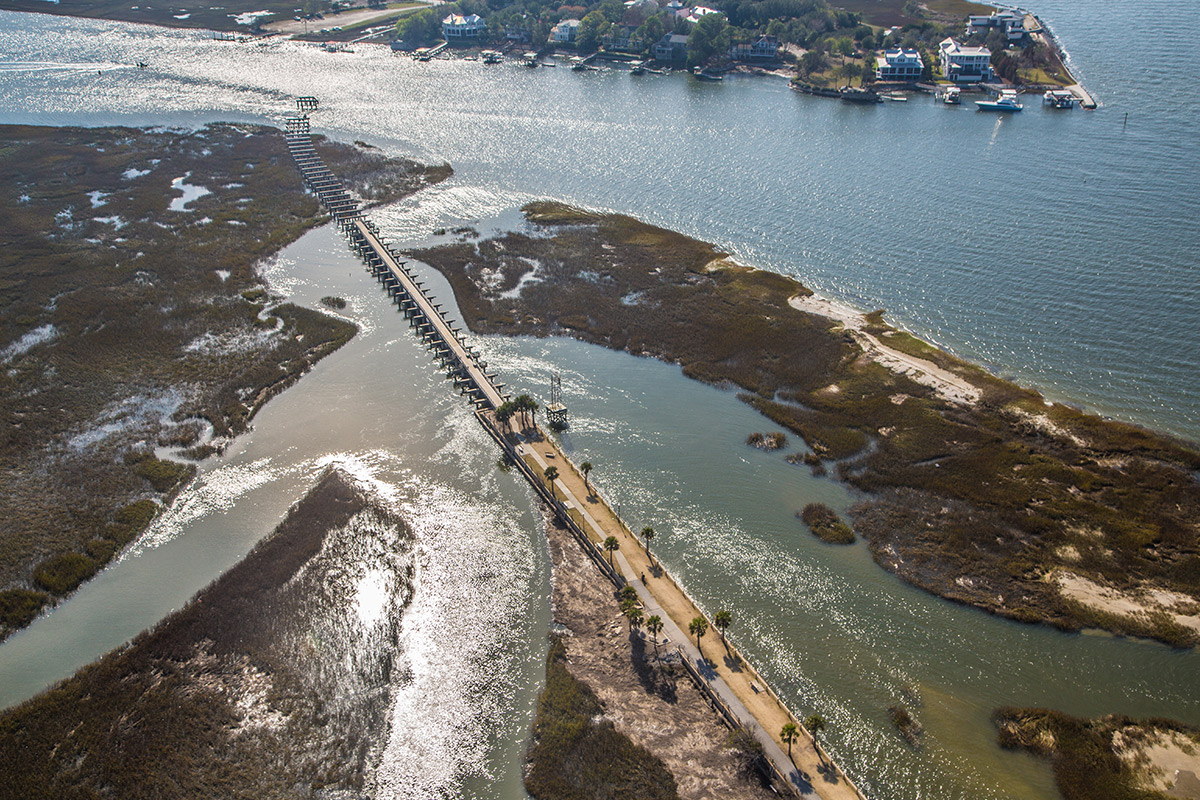 West Ashley Greenway
Tucked away in quiet West Ashley neighborhoods beside a very busy highway is The Greenway, an 8-mile-long former railroad running parallel to Hwy 17. This peaceful trail stretches from South Windermere Shopping Center on the way to James Island to Main Road leading to Johns Island -- and there’s parking on both ends. Walking along the greenway, you’ll pass a wide variety of scenes, from sweeping oak trees and gleaming tidal creeks to quiet residential neighborhoods and industrial buildings. If you ask us, the prettiest part is the end closest to the Limehouse Bridge going to Johns Island. A good bit of this side of the greenway is still unpaved, but on the way you’ll pass alongside wide marshlands that line the beautiful Stono River. 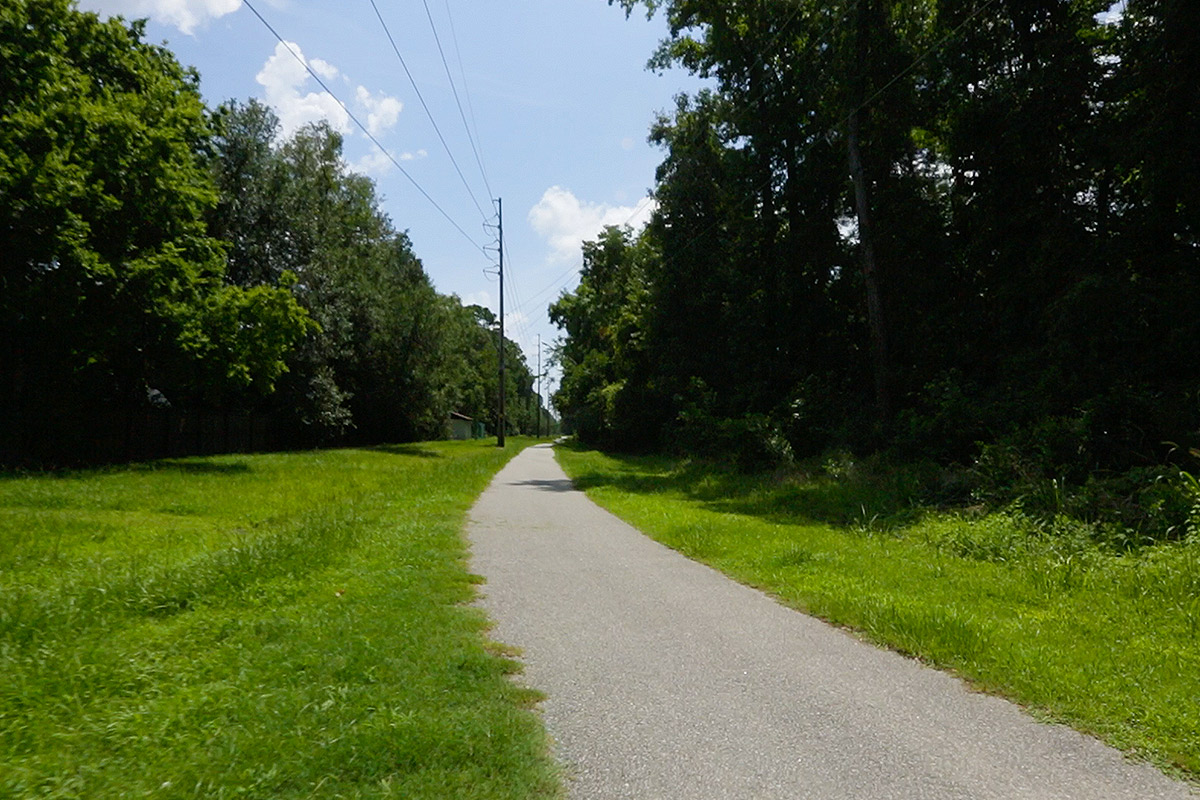 What’s your favorite place to walk in Charleston? Somewhere downtown? North Charleston? Let us know and send us a photo on Facebook @VisitCharlestonSC or on Instagram @visit_charleston_sc! 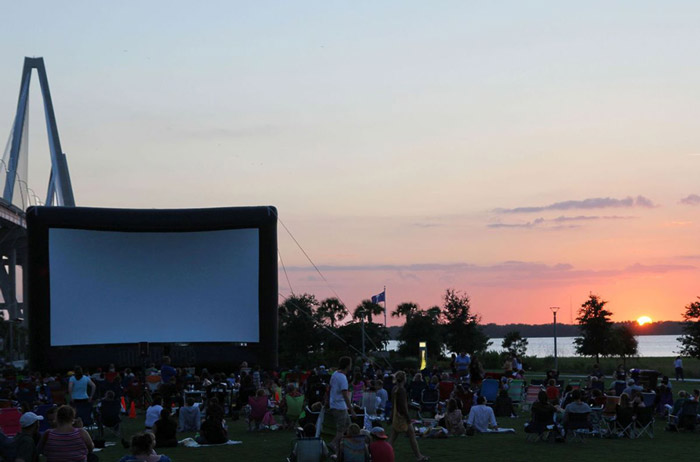 Music & Movies in the Park