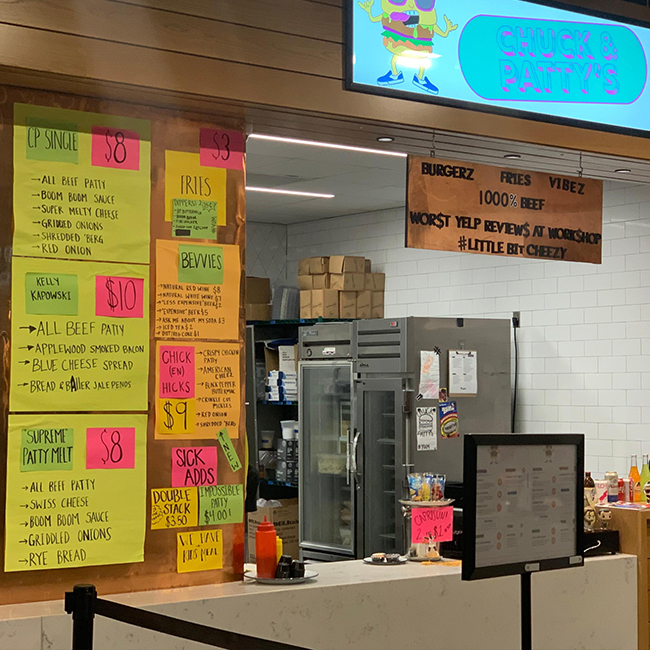 CHARLESTON, S.C. (WCIV) - Charleston has great food, there's no need to elaborate on that. But a cool spot hidden just outside the downtown area is bringing variety to Charleston's food scene with a unique concept blending new tastes and dining experiences.

Workshop is a food-court style restaurant that's home to many startup food concepts. Many from Charleston's culinary scene come to Workshop to get their name out before eventually expanding to other parts of the city.

Think of it as a rough draft or a test run.

I stopped by on a Wednesday after work to get a taste of some of the options available. Full disclosure, I love tacos. So it was only right to stop by Rebel Taqueria. The staff was very friendly and pretty helpful with navigating the menu (which isn't hard, but after a long day of work you might need some assistance).

I ordered the carne asada tacos with a side of Mexican spring rolls. The meal was very tasty, light, and worth the money. The taco is loaded with toppings and you can tell the meat is cooked fresh. The Mexican spring rolls are filled with meat and cheese, so that's another win. My total was just over $18.

But as I was getting ready to leave, I stumbled upon a new spot called Chuck and Patty's. The menu caught my eye because it was so colorful. So I decided to be greedy and order a burger and fries.

The burger was so juicy and satisfying. It had a beef patty, bacon, jalepenos, and a blue cheese spread. The blue cheese really did it. The fries come with different sauces. I chose the black pepper buttermilk. All I could say was "mmmhmm." It was such a different taste and a switch up from using ketchup. My total there was $14.

Original article by Kendrick Henderson on behalf of ABC News 4.
Kendrick Henderson tours the Charleston area for ABC News 4, looking for great meals on a budget of $44. If you know a cool spot around the Lowcountry you want him to check out, send an email to This email address is being protected from spambots. You need JavaScript enabled to view it. or tweet him @trademarkme).