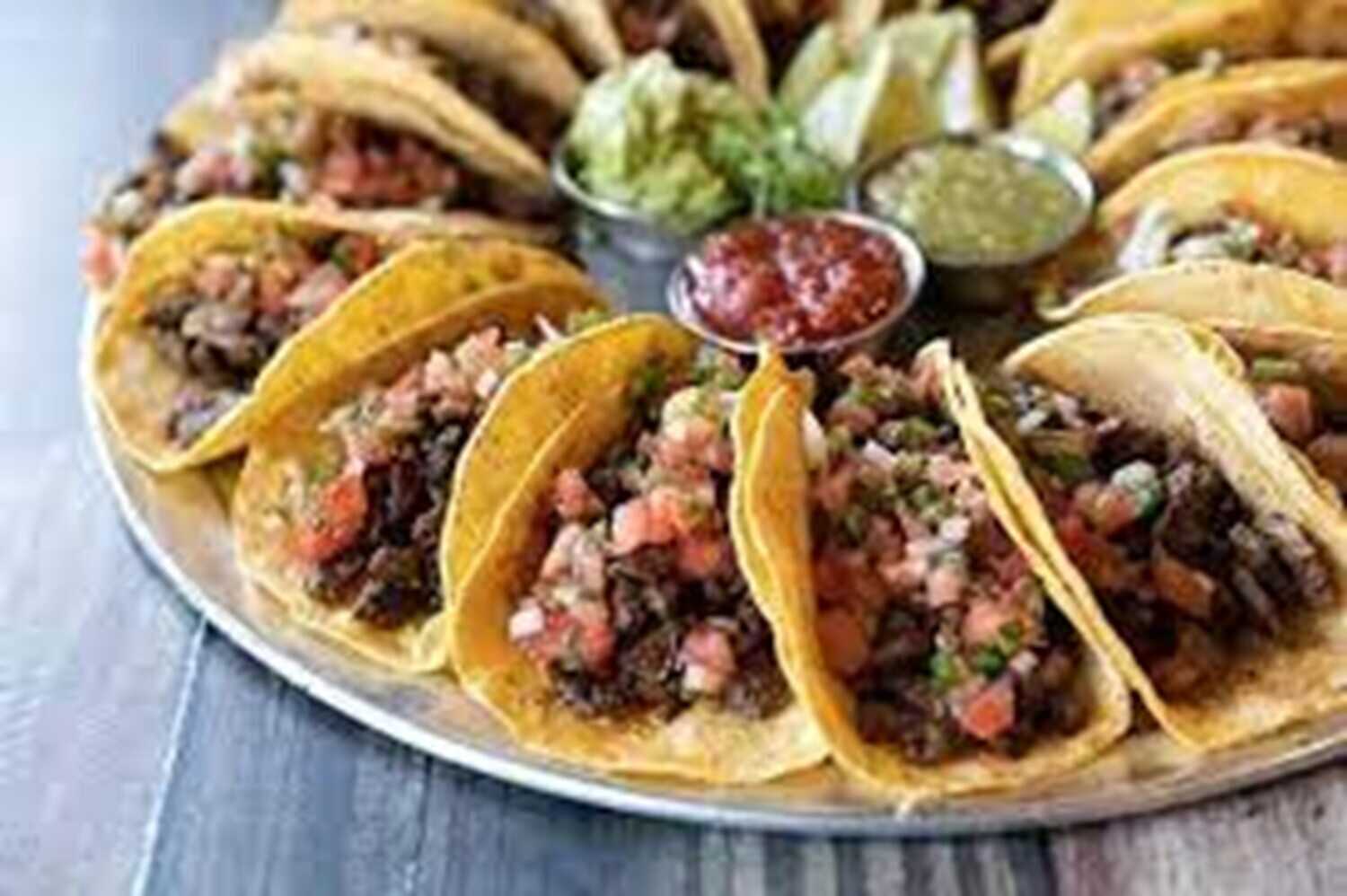 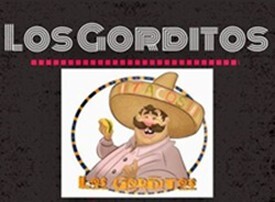 Throughout greater Charleston you can throw a stone and pretty much hit a Mexican themed restaurant. Whether they are name brand fast food franchises or the 'La-Has' of the the low country, there is no shortage of Mexican eateries in the tri-county area. While many serve up decent food, they are more American Mexican fare than they are true Mexican, meaning they serve a watered down version of Mexican food that is meant to entice a wide variety of diners.

However, tucked in the far corner of Tanner Hall Shopping Center off North Rhett at the tail end of the Lowe's Food Market sits a unique Mexican themed restaurant called Los Gorditos (Mexican for fatties). You're going to want to put them on your dining short list, simply because it's unlike any other in the Charleston area.

Much like America where we have regional foods (i.e pizza and cheesesteaks in the northeast and BBQ in the southeast), Mexico has pocketed area that offer menus that are distinct to the particular region. That said Los Gorditos celebrates the Sonoran State of Mexico east of Baja California and south of Arizona.

Owners Justin and Marissa Boese grew up close to the border in southern Arizona.  Alongside Justin's sisters Melanie and Modesta, Los Gorditos are proudly promoting their new eatery as a Justin's asserts is 'a west coast taco shop' that is family friendly.

While other Mexican style restaurants overwhelm diners with a myriad of menu choices (much of the same), Los Gorditos provides a simplified menu, offering signature tacos and burritos, served on combination plates with a side of seasoned rice and beans. Take my word, no matter what you order it is authentic, tantalizing to the taste buds, and reasonably priced. A nice triple threat combo!

There is no saving left overs from yesterday to serve today at Los Gorditos. Everything is made anew every morning including pico de galla. According to Justin freshness is key and the only way to experience his distinctive menu items. The physical menu itself is a colorful un-encumbered list of handheld delights.

One quick note before I dive into their incredible edibles. Come hungry because their signature dishes will easily fill even the average appetite. For around $12 you can get two shredded beef or chicken tacos that come teeming with moist meat, lettuce, and cheese with pleasant side of rice and beans. Top your tacos with their home-made pico or salsa to add an extra kick of zest to the plate.

What can only be described as 'mega burritos' are a salute America's southwest. The Arizona Burrito begins with an oversized tortilla shell chuck full of carne asada (marinated steak), diced potatoes, cheddar, and a healthy slathering of pico. A hearty and sumptuous tortilla wrap that easily requires two hands, unless you're the type who prefers a fork. Big enough to quench a regular appetite or feed two light eaters. Trust me, only the super hungry can handle more than one.

Looking for something different try their signature Sonoran Dog. Here's how it stacks up. A juicy extra fat (overly plump) all beef hot dog wrapped in bacon before being layered under charro beans (traditional Mexican dish characterized by pinto beans stewed with onion, garlic, and bacon), topped with a trace of mayo and pico de gallo. Not your run of the mill frankfurter. The taste is off the charts and it could easily be one of the best hotdogs you'll ever sink your teeth and gums into.

Maybe you just want to enjoy a couple of cold ones with some zesty finger foods (yes you can use a fork). The Nachos or Fries are two plentiful appetizers bursting with flavor. Chips or fries cloaked beneath a heavy dose of carne asada and beans, followed by a healthly topping of guacamole, sour cream, and pico. An ideal munch for a late lunch, and a perfect winner as a late dinner! (rhyme time intended). Easily shareable lite bites.

Among the seven signature sides several are standard like rice and beans. I would be remiss if I didn't call out their home-made queso crafted from whole milk and monterrey jack with a hint of jalapeno. It's a tad thicker and carries a distinctive flavor. Marissa's pico de gallo is her grandmother's recipe and has enough tanginess to excite the taste buds.

What would authentic Sonoran Mexican food be without some equally genuine beverages. Los Gorditos pride themselves on their drink menu. Of course you can get a traditional margarita (straight up or frozen) alongside your favorite Mexican and domestic beers. 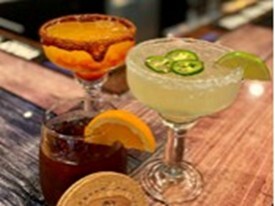 If you're feeling a little bit adventurous maybe order a Jamaican Fresca, a hibiscus iced tea drink made from dried hibiscus flowers water and sugar. The hibiscus tea is very tart and almost has a plum cranberry-like flavor. The breakfast burritos go will with Horchata, a smooth and creamy rice-milk drink popular in the Sonoran region.

Let's not leave the desserts out of the review. Not a plethora of decision making here, but two killer sweet treats. Their Churros are a crispy fried dough creation covered in cinnamon sugar delivered to your table with a scoop of vanilla ice cream with a drizzle of caramel. The Pizooki is a mega chocolate chip cookie baked in a cast iron skillet and then served with ice cream on top. No need to count calories, just enjoy the post meal deliciousness!

I cannot be more succinct. Los Gorditos is a great west coast influenced taco shop. Justin and his family pride themselves on bringing their signature flavors to greater Charleston. 90 percent of their menu items are made in house and to order. Justin is so particular on the carne asada and shredded beef, he lets it marinate overnight for 8 to 10 hours, so it's succulent for their tacos or burritos the next day. No cutting corners at Los Gorditos.

With two televisions behind the bar they show marquee college and pro football games on the weekend, but they are most definitely not a sports bar, with contemporary country music videos more often displayed on the flat screens. Another added bonus is they serve all their entrees on real plates, no styro-foam or paper here. Just a nice touch of class for casual come as your are taco shop.

Los Gorditos is open daily at 10am for those who want a late morning Breakfast Burrito overflowing with scrambled eggs, potatoes, cheese, and any variety of breakfast meats. They close at 9pm Monday - Thursday, and 10pm on Friday and Saturday. You can yearn for their one of a kind tacos and burritos all day Sunday, they just won't be open to satisfy your craving, because much like Chick-Fila, serving God and the church family are more important. Amen to that!

If you live or work anywhere near the vicinity of Tanner Hall i.e. Redbank at North Rhett in Goose Creek or Remount at North Rhett in North Charleston than I highly recommend Los Gorditos. They are just 10 minutes from Park Circle and Northwoods Mall. Drop in after work with your crew and enjoy a Taco Platter for $29. It's the ideal way to blow off some steam with a cocktail, frozen drink or draft beer. It's an even better way to kick of TGIF. Their physical address is 1000 Tanner Ford Blvd Ste 280 in Hanahan. Discover more at https://eatlosgorditos.com/ 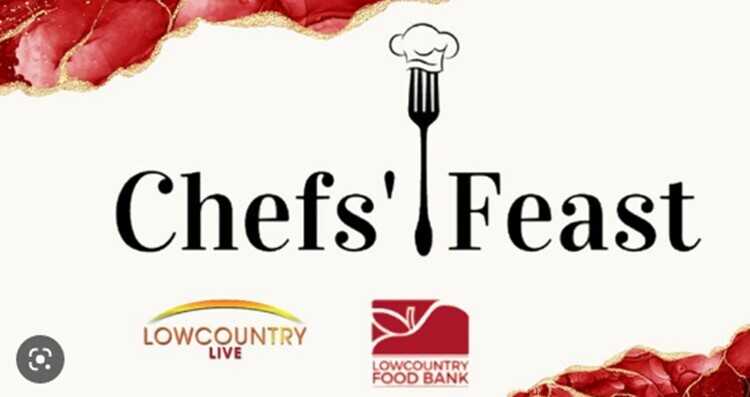 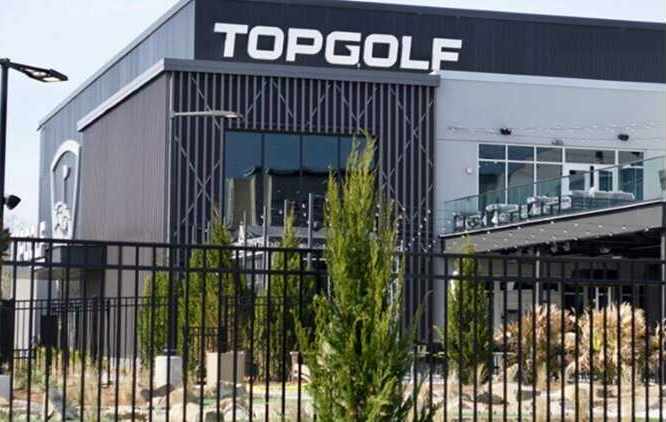 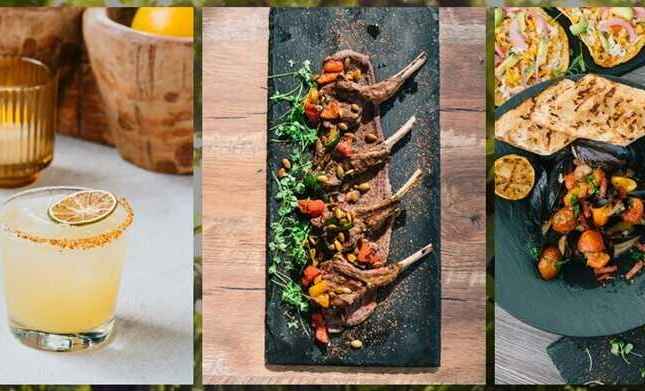 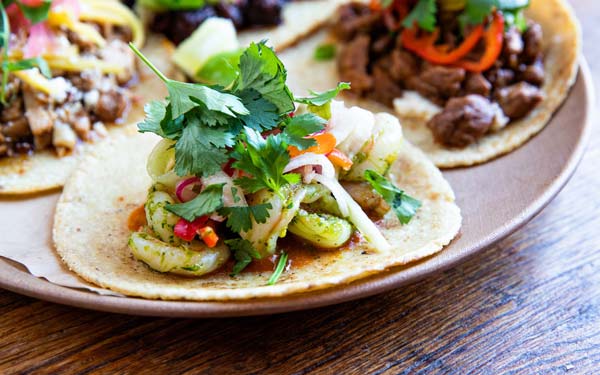 Minero's Serving Up Own Style of Mexican