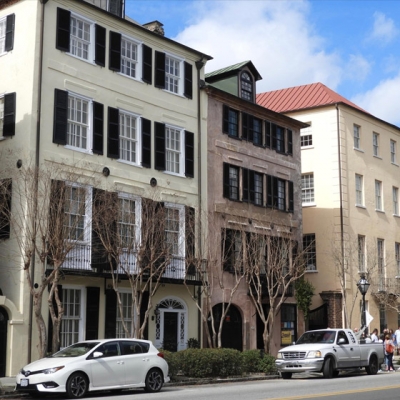 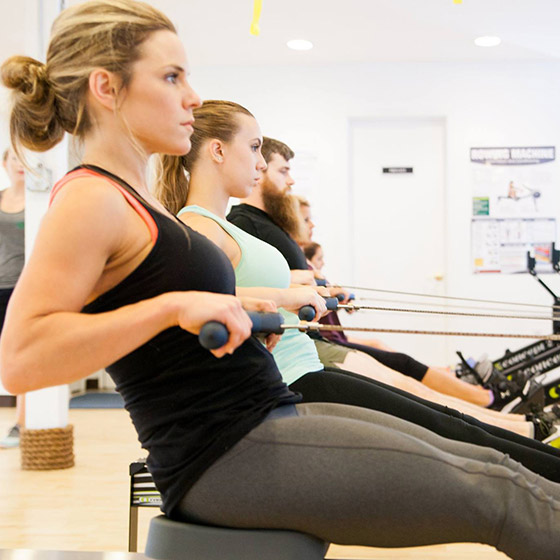 How Rowing Can Make You A Better Runner

As spring gets closer so does race season in the Lowcountry.  For many of us, this winter’s cold weather has made it hard to start training.  Especially for those who made running a 5 or 10K a New Year’s resolution.
The Cooper River Bridge Run, Charleston’s largest race, is just a little over 8 weeks away and there are over 18 area races before then!
For most of us, training for a running race means running… 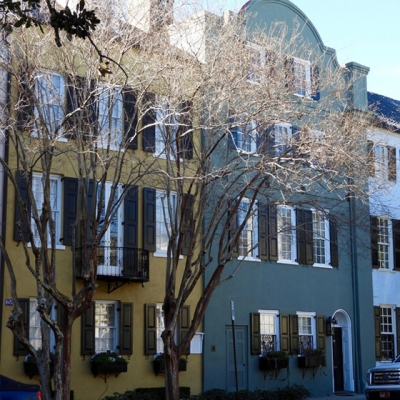 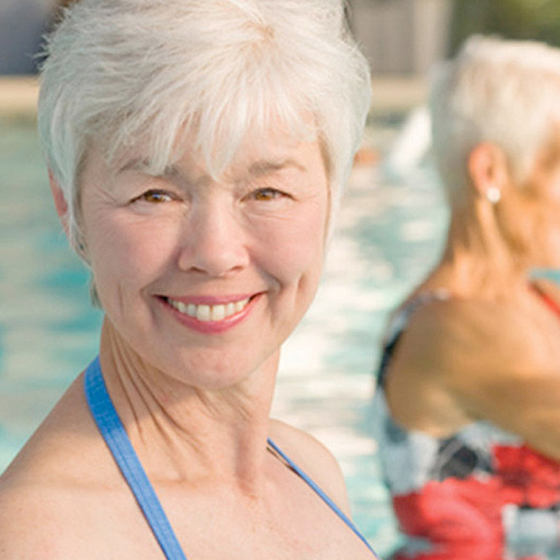 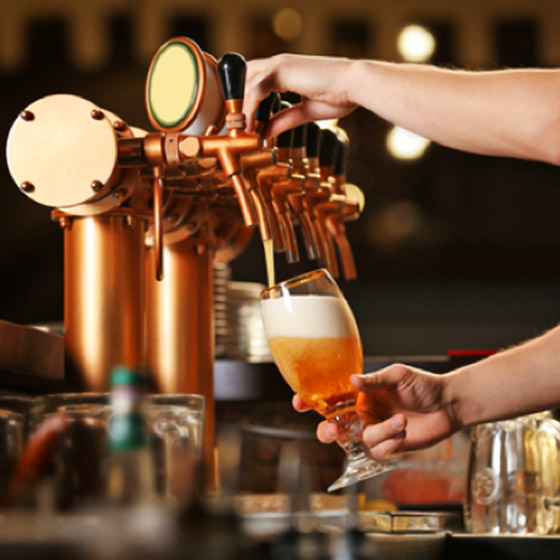 Perfect Pints - Guide to the Best Breweries in Charleston

If you're a beer lover, you won't be disappointed in Charleston's craft beer scene. In the past few years, breweries have been popping up all over the Holy City, enhancing an already thriving food and beer culture.

Now, the only problem you might face is deciding which brewery you should visit first. If you are vacationing in Charleston and have limited time, you need to choose wisely.

To make things easier for you, here is your guide to the best breweries in Charleston 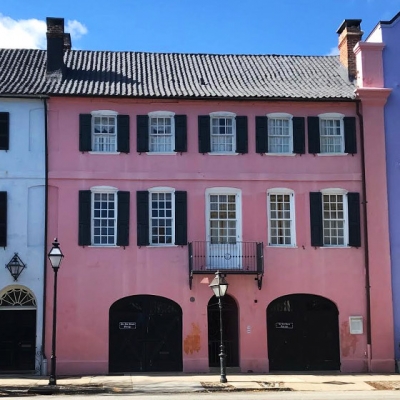 Mention "Rainbow Row" and most people know you're talking about Charleston. This colorful row of early structures extends from 79 East Bay Street at the corner of East Bay and Tradd to 107 East Bay. On my bus and walking tours, Rainbow Row is the one part of the city that everyone wants to see. The next few posts will concentrate on several of the Rainbow Row houses. 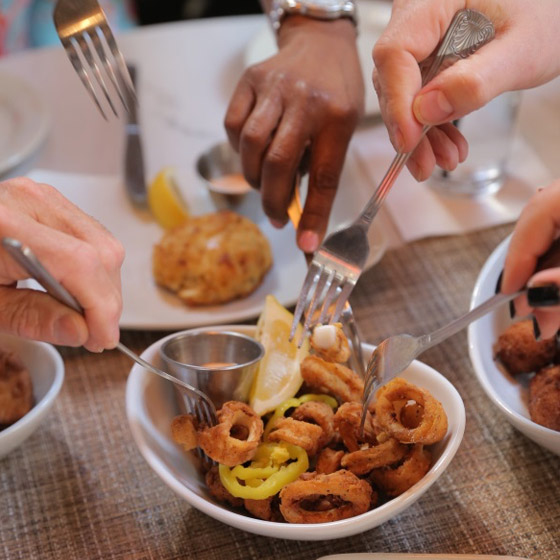 A Taste of Charleston

Written by Theresa on behalf of Bulldog Tours

At Charleston Food Tours we offer a variety of culinary tours of Charleston with knowledgeable tour guides and delicious samples of Lowcountry cuisine. Join us as we walk, talk and taste our way through history! Our mission is to promote local artisan growers and producers and to help preserve South Carolina’s rich culinary heritage. On our exclusive culinary tours, you will experience the Lowcountry’s distinctive food and warm hospitality. These informative tours are ideal for casual fans of the culinary arts or the hardcore foodie in your life. It would be difficult to find a southern city better suited for culinary tourism than historic Charleston, SC. Our tours include the Savor the Flavors of Downtown Charleston tour, the Savor the Flavors of Upper King Street tour, the Chef’s Kitchen tour and the Charleston Dessert tour. 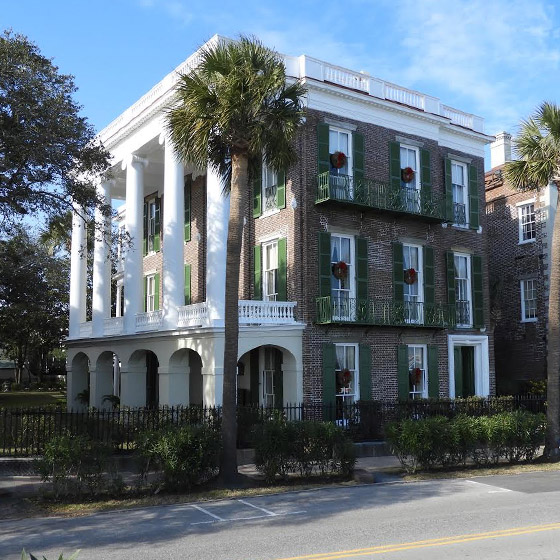 9 East Battery was built around 1838 by William Roper, a wealthy cotton planter. If you're standing on High Battery, imagine that the 2 houses to the left of 9 East Battery don't exist, and you will have a sense of the landscape in front of this Greek Revival mansion. With no houses in front of it on East Battery until 1848, the Roper House with its massive columns was conspicuous to each ship entering Charleston harbor, a monument to Roper's wealth and stature. 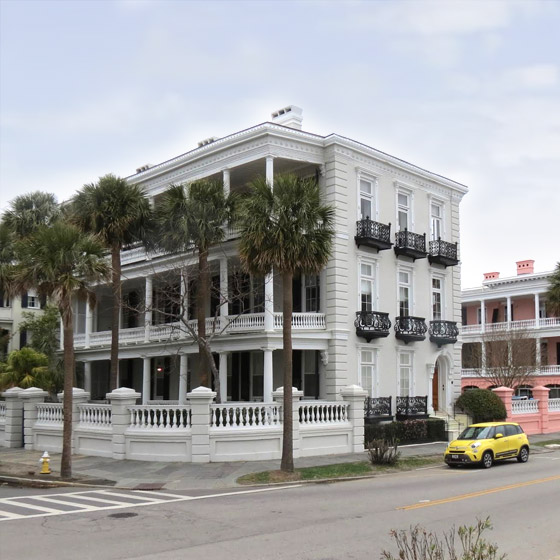 1 East Battery was built around 1858 by Louis DeSaussure, a wealthy businessman of French Huguenot ancestry. Three stories high and built of brick covered with stucco, this house had an eye view of the Civil War. Approximately two years after the house was completed, South Carolina became the first state to secede from the Union, and for the next several years, the occupants of 1 East Battery lived with the constant bombardment from the Union ships that made up the blockade behind Fort Sumter. 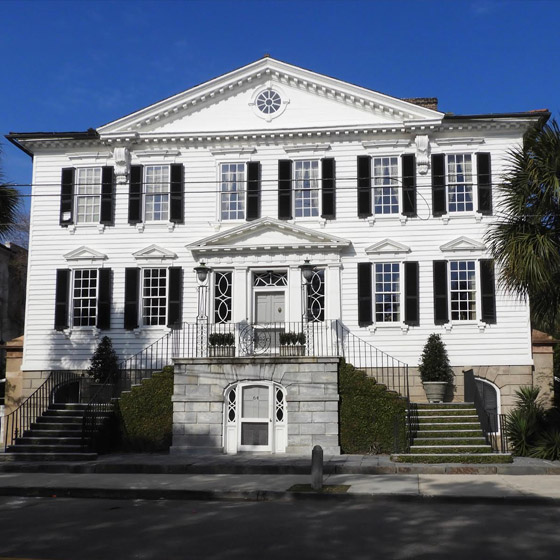 64 South Battery was built in 1772 by a wealthy shipping magnate, William Gibbes. A wonderful example of a Charleston double house (two rooms wide and two rooms deep) in the Georgian architectural style, 64 South Battery had a pristine view of the Ashley River. Today that view is gone, and it is difficult to imagine the original view with the landfill and houses that now stand in front of 64 South Battery. 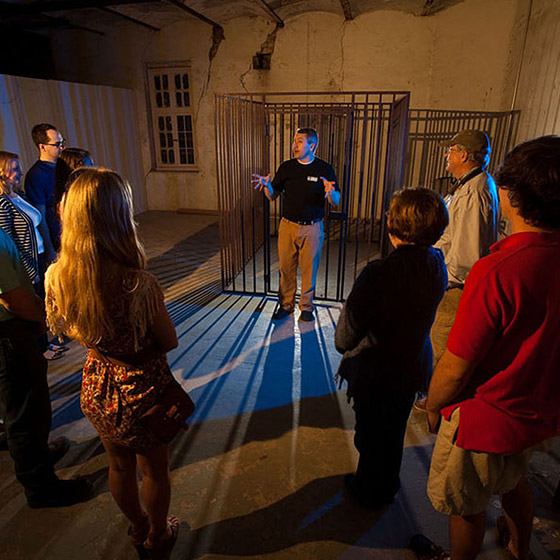 The Haunted History of Charleston

Written by John LaVerne on behalf of Bulldog Tours

The historical backdrop of Charleston, SC is one of the longest and most differing of any group in the United States, spreading over many years. It was founded in 1670 and, although the city has had its low points, it is still thriving today and is currently one of the top tourist destinations in the US.

Charleston was the leading city in the South from the time it was founded up to the Civil War. The city has survived fires, earthquakes, hurricanes, flooding and war. There are several buildings that were important during these events, one of which is The Old Exchange Building, which has been standing since 1767. The Old Exchange is home to a dungeon that was used to hold prisoners of war during the British siege in the Revolutionary War, and later housed pirates such as Blackbeard and Stede Bonnet. When you factor in the age of the city and the number of people who died either from war or natural disaster, it's no wonder that Charleston is considered one of the most haunted cities in the US. The best part about this haunted history is that Bulldog Tours specializes in Charleston Ghost Tours and will take you to visit these places... if you dare.